Tokyo 2020 – same old challenges, but will it be the same old story?

The Olympic challenge for Toyko 2020 has already begun and there’s the familiar cost overruns and and a fight against time for contractors. But maybe things will be different this time 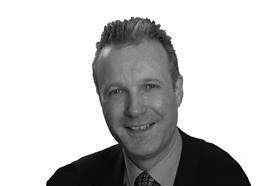 It’s time for the Olympic challenge. A test of human stamina and ingenuity, the planning, the preparation, the thousands of hours of toil and sweat, the pressure to perform and, finally, the finishing line for Tokyo 2020. That’s the challenge for the project teams faced with the task of constructing the sports facilities while battling with the familiar, and formidable, competitors of time, cost and quality.

There are two years still to go but, delays of two months are already reported at the Olympics Aquatics Centre, hosting swimming and diving events, and the Sea Forest Waterway, venue for rowing and canoeing events. And while that will not affect completion in time for 24 July when the games start, it may mean moving some test events. The trouble with delays to these works is, of course, that postponing the games is not an option, particularly for a country whose attention to punctuality is refelcted in an annual average delay for the famous bullet trains of just 0.9 minutes. And if, with the world watching, a compromise on quality is a problem, the element under all the pressure is inevitably cost. Again.

Which brings us to the Oxford Olympics Study 2016, a Saïd Business School research paper by Bent Flyvbjerg, Allison Stewart and Alexander Budzier “Cost and Cost Overrun at the games”. It analyses outturns, costs and overruns for 19 out of 30 games from 1960 to 2016. The numbers include only sport-related costs, but a main finding is that the Olympics have the highest average cost overrun of any megaproject. Cost overrun is found in all games, without exception and 47% of games have cost overruns above 100%. The largest cost overrun for the Summer Games was Montreal 1976, at 720% and, for Winter Games, Lake Placid, 1980, at 324%.

The good news is that the study also found that the Olympic games Knowledge Management Program, initiated by the International Olympic Committee (IOC) to increase efficiency in delivering the games by learning from earlier ones, appears to have been successful in reducing the cost risk. Median cost overrun before the programme began is reported as 166%, and after, 51%.

The IOC requires bidding host cities and governments to guarantee that they will cover any cost overruns to the giant Olympics budgets, but the study concludes that staging the games is one of the most costly and financially risky type of megaproject that exists.

So where does this leave the project players toiling to finish on time? Whatever it takes, and whatever it costs will undoubtedly be spent to ensure all is ready on time but what about delays along the way, such as those already reported? Who will pay? It naturally depends on what the relevant construction contract says, but it could be a familiar story. Contractors considered to be responsible for delay may have liquidated damages deducted and might even face the threat of termination. Conversely, they may look to recover their prolongation and disruption costs and, where appropriate, acceleration costs, not to mention the costs of variations. And if the parties cannot agree on responsibility or the figures, or either, dispute resolution machinery will be needed. Mediation or conciliation, perhaps, and if that fails there may be litigation in the Japanese courts. Where foreign contractors or consultants are involved, however, arbitration may be the chosen alternative, perhaps administered by an international body.

Chris Fellowes is a partner at Mayer Brown