Turning the light off

Goldman Sachs’ proposed headquarters is being hindered by two right to light disputes. But should the City of London Corporation use its powers to override these rights? 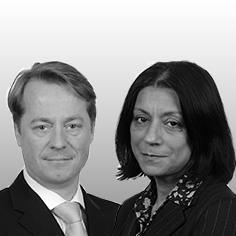 One of the more problematic items for developers to cost on a proposed site is the amount to be paid to the owners of neighbouring properties for breach of any existing rights of light. Arguments currently raging about the proposed new Goldman Sachs headquarters in the City of London provide a graphic illustration of the problems that can arise in this area and raise intriguing questions about how a local authority’s intervention might help developers.

If a building with windows (or other light apertures) has been in place for more than 20 years, it is quite possible that the owner will have acquired a legal right to light coming into such windows.

This right might then enable that owner to obtain an injunction to prevent a developer on neighbouring land from erecting another building that would block out such light. Damages can be awarded by a court in lieu of an injunction by working out the sum that would have been arrived at in negotiations between the parties, had each been making reasonable use of their respective bargaining position without holding out for unreasonable amounts.

The breaching party can, therefore, end up paying an amount to reflect a share of the developer’s profit.

The position regarding payment of damages may though be altered to the disadvantage of the rights holder if a local authority makes use of rights under section 237 of the Town and Country Planning Act 1990.

If the local authority acquires an interest in the scheme under section 227 of the act it can invoke the rights given under section 237 and the construction works done on the land could proceed even if they involve interference with a right of light.

The compensation then payable to the rights holder will be based on the diminution in value of his land rather than a much higher sum based on developer’s profit.

It appears that the Goldman Sachs proposed building will infringe the rights of light of some 14 neighbouring properties and, while they have reached agreement with 11 of these neighbours as to the amount of damages to be paid, two others - Aberdeen Asset Management (AAM) and Royal London Asset Management (RLAM) - have not accepted the terms proposed.

The chief planning officer and the comptroller and city solicitor for the City of London Corporation have recently produced a report recommending the taking up of section 237 rights.

The corporation has obtained its own legal advice which suggests that a reasonable compensation figure for each of AAM and RLAM would be £1.2m. This sum is higher than the sum offered by Goldman Sachs but less than the sum sought by these two neighbours.

AAM and RLAM have invited Goldman Sachs to negotiate further but the report claims that Goldman Sachs has acted reasonably in agreeing to settle at a figure proposed by the corporation and the failure of AAM and RLAM to settle on this basis is likely to delay, and possibly prevent, the development.

The report does not specify whether the figure of £1.2m is arrived at based on a share of the developer’s profit or on diminution in value of the neighbours’ land.

AAM and RLAM may say that the only dispute between the parties concerns the compensation payable by Goldman Sachs and that they are prepared to give up their rights to light provided such compensation is based on the usual method for quantifying damages where there has been a breach of a right to light - a share of the developer’s profits.

On that basis they could argue the matter should be determined by the courts without the corporation making use of rights under section 237, which action ought only to be the recourse of last resort.

The corporation needs, therefore, to give careful consideration to the question of whether agreement could be reached between the disputing parties on the basis that AAM and RLAM relinquish their rights of light to allow the scheme to proceed.

If the report’s recommendations are acted upon then AAM and RLAM may seek a judicial review (on the basis that such action was premature) and could also dispute the compensation payable to them.

Evidently the corporation, competing with Canary Wharf in Tower Hamlets, is keen to encourage major international finance businesses to have their base in the City and the proposed Goldman Sachsdevelopment fits this policy objective. Time will tell whether attempting to cut the Gordian knot by invoking section 237 rights will be the best way to further this strategy.