Right to light cases are traditionally fairly straightforward, but could the ‘Walkie Scorchie’ effect change all that? Richard Manyon considers some of the issues 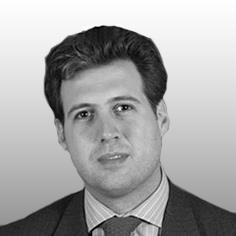 Rights to light cases are usually fairly similar in terms of the underlying facts.

Person A owns or occupies a building that includes apertures benefiting from a certain level of light. This has been the case for 20 years or more. Person B wants to develop a neighbouring site with the effect of reducing the amount of light enjoyed by Person A. Is he able to do so, or is the reduction in light sufficiently unreasonable to enable Person A to prevent the development from proceeding in its contemplated form?

The answer will be subject to the law of easements, which gives landowners the right to receive light through defined apertures in buildings on their land. The owners of neighbouring land that is burdened by the right cannot substantially interfere with it without the consent of the landowner with the benefit.

Such interference, up to now, has invariably taken the form of carrying out works that could block or obstruct the light being enjoyed, and therefore reduce it to an unacceptable level (to be ascertained by way of expert evidence if necessary).

However, the events on Fenchurch Street last year could alter this received wisdom. In early September something very strange occurred: the panels of under-construction 20 Fenchurch Street - previously monikered the Walkie Talkie and now colloquially known as the “Walkie Scorchie” - began to reflect a concentrated beam of light towards nearby shops and parking bays.

A businessman’s Jaguar was partly melted while parked. The following days saw journalists trying, and succeeding, to fry eggs in the beam of heat and light, which apparently measured between 70°C and 90°C.

Affected shopkeepers complained that their produce was melting in the windows. The owners of the building said that the problem was due to the autumn elevation of the sun, and that it should be short-lived (albeit annual unless remedial steps are taken before September 2014).

All this might make one wonder whether a new field in right to light litigation might have been discovered. Rather than reducing the amount of light to an identified aperture, this development was increasing it to an intolerable level.

In theory there is no reason why this problem could not be resolved under our ancient rights to light legal framework.

The right is to receive a reasonable amount of light through the defined aperture(s), or “sufficient light for the comfortable use and enjoyment of his or her property, taking into account both the current use and potential future uses”.

What is reasonable might be seen as a range and the courts are usually concerned with the bottom end of this spectrum. Neighbouring owners are not allowed to interfere with this right. As such, if a neighbouring owner takes action so as to drastically increase the amount of light shining through the aperture(s), this could be seen as unlawful and could be restricted by way of an injunction.

In practice, however, the law of easements is unlikely to be called upon in relation to the case of the Walkie Scorchie. Firstly, the effect was temporary and it is very likely that steps will be taken to resolve the problem before the next time it could occur.

One can feel fairly confident that the developer will voluntarily settle any claims for damage to cars and shop stock rather than run the risk of further adverse publicity.

Finally, as has been noted elsewhere, there are other causes of action which those affected might take which are more obvious, albeit less intriguing.

First amongst these is the law of nuisance. This has been stated to be “continuous, unlawful and indirect interference with the use or enjoyment of land” belonging to another. As such, constructing a building in such a way as to create a magnification of the sun’s rays which makes it difficult or impossible to occupy or to reasonably enjoy neighbouring land would seem to be a case in point.

If a nuisance could be shown, the court would have the jurisdiction to grant those affected a mandatory injunction requiring the developer to take the necessary steps to abate the nuisance.

Given that such steps already seem to be in process, it seems that the owner and developer of 20 Fenchurch Street may not have to fear a writ any time soon.

Richard Manyon is an associate at Payne Hicks Beach