Investment in transport infrastructure needs to be on the right track post-Brexit, argues Mark Robinson, and the first step is to stop focusing on London 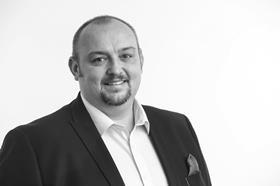 Businesses across the UK rely on road and rail links to connect to employees, customers and suppliers. Yet investment in local public transport has for too long been focused on the capital, contributing to regional inequalities and restricting the growth of major cities around the country.

We at Scape Group recently polled 2,000 UK adults and found that 75% of them think the UK’s current investment in metro systems is too focused on London. London’s underground network may elicit daily complaints from commuters, but boasting 52 miles of genuine underground track, it connects people from across London and the Home Counties with thousands of jobs. In 2011, almost half a million commuters were travelling more than 30km to their work in London, double the number that travelled the same distance to work across all six major city regions in the North.

It’s essential that cities across the country are provided with funding to help their local economies grow. Our current London-centric approach will only widen regional disparities

As we edge towards our scheduled departure from the EU on 29 March, with no clear plan as to how the country will do business with the rest of the world after that, it is essential the decisions we do make benefit our industries and our communities. Since the referendum result in June 2016, there have been a number of suggestions on how to boost trade with our closest neighbours. Former foreign secretary Boris Johnson suggested building two bridges: the Celtic Crossing, a bridge spanning the Irish Sea from Portpatrick in Dumfries to Galloway and Larne in Northern Ireland, at an approximate cost of £20bn; and another stretching 34 miles across the English Channel, which experts say could cost as much as £120bn.

Our poll found that less than a quarter (24%) of Brits believe the UK economy would benefit from spending £140bn on two bridges. But they are not set against spending on infrastructure projects in general. There is a space for targeted local investment in transport infrastructure, and perhaps £140bn would be better spent on delivering underground systems in some of our major cities outside London.

Poor transport infrastructure is hampering our productivity – road congestion alone costs our economy £9bn a year. Infrastructure is vital to the effective and efficient functioning of our nation, not least because businesses delays can damage a company’s growth and restrict their ability to attract essential workers. Cities that feature in the top 10 worst affected places for congestion are some of our major cities – Edinburgh, Manchester, Birmingham and Aberdeen – all hubs for business and innovation.

The benefit to local economies of having light mass transit systems can be seen when you look at the economic performance of cities in France and Germany, where 13 of their “world cities” identified as such by the Globalization and World Cities Research Network – have metro systems, compared with just four of ours. This could go some way to explaining why our cities, outside the south-east of England, perform worse than our European neighbours.

The idea of delivering metro systems in these cities need not cost a fortune. And we can’t afford to keep ploughing money into infrastructure improvement projects that only benefit London. It’s essential that cities across the country are provided with funding to help their local economies grow. Our current London-centric approach will only widen regional disparities.

The average metropolitan population of the 11 world cities in the UK (Edinburgh, Manchester, Birmingham, Belfast, Bristol, Leeds, Southampton, Aberdeen, Cardiff, Leicester, and Nottingham) that are currently unserved by an underground metro system is 1.6 million. Compare this with London’s 14 million population and you quickly realise these cities would not need a metro on the scale of the London underground.

A small metro system in each of these 11 cities could be similar to that of Sevilla, whose 11-mile light metro system was completed in 2009 at an estimated cost of €673m (the equivalent of £630m today). Metro de Sevilla may not be the gold standard for delivery – there were delays caused by initial poor design and the discovery of archaeological remains during construction. But it does illustrate that a metro system need not incur a Crossrail-esque cost of £18bn.

One UK city that has recognised the need to tackle its congestion problems is Cambridge, a city competing on the global stage for intellectual talent. The cost of living, along with overstrained transport infrastructure, is damaging the city’s attractiveness to both academics and tech companies in Silicon Fen. The solution? The local authority has developed proposals – currently at initial ideas and options phase – for an underground metro system that would bypass some of the busiest streets in Cambridge and connect to surrounding villages.

Targeted infrastructure investment in cities outside of London would improve our international competitiveness, encourage trade and create new jobs. It is more important than ever that we invest wisely as a country. Though we could do with building metaphorical bridges with our closest neighbours, actual bridges and the associated price tags won’t generate the economic growth our cities need.