What can we learn from national statistics on planning?

We’re told that nearly all of planning permissions in the City of London are approved - a 99% success rate, but how useful, or relevant, are these statistics?

“I only believe in statistics that I doctored myself” 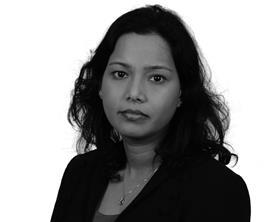 Official government data charts the progress of planning applications in recent times and provides some useful information about the numbers of planning applications received and approved by local planning authorities. The usefulness of the statistics invariably lies in the details of the information being provided. Very close scrutiny has to be undertaken of national statistics to establish its usefulness for particular types of development in particular regions of the country.

The City of London is a peculiarly novel local planning authority and probably has no comparators in terms of the number of commercial premises and businesses which operate within it. The drivers for development in the City of London, as opposed to the wider London region, are so individual that it is not likely to be of much assistance to developers across the country.

Statistics have to be read with an eye to the detail, as the numbers of applications made (which is the relevant data point for official government statistics) is not representative of the numbers of units comprised in any development. This is such that an application for 100,000 homes would count as one application whereas, a hundred applications for 1,000 homes each would account for 100 such applications (whilst delivering the same number of units). The difficulty of data such as this is that its application to individual applications and individual authorities are of limited use until one can drill down into the specifics of what is being reported.

Some useful information can be gleaned from the National statistics which have been published and it is clear so far as the long term trend is concerned that the drop in the numbers of applications since 2008/2009 (when application numbers were in the region of 165, 000) to post 2009/2010 (application numbers of c.120,000) continue to be the norm. Over the long term it is also clear that there is a direct correlation between the number of planning applications submitted, approved and refused. One might assume that from this that it is a game of numbers.

In relation to the time taken by planning authorities to determine applications, the statistics show a direct correlation between the use of planning performance agreement (which can extend the statutory period) and the performance of authorities in meeting the government targets.

My general perception is that planning continues to be a peculiarly local matter, such that a proposal that does not face any upheaval in the City of London may be forced all the way to appeal in a more regional context. Local knowledge and information will be the key to assessing the likely success or otherwise of a proposed development scheme. Those who are professionally and locally advised invariably fare better in what is a changing policy and political climate.