What lies in store for the future of developments, post-Faraday? 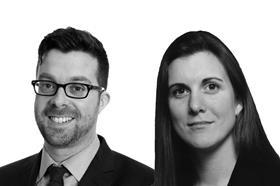 The question of whether development agreements fall within the public procurement rules was given a fresh airing in the recent Court of Appeal judgment in Faraday Development v West Berkshire Council & Anr [2018] EWCA Civ 2532. The is question is difficult to answer, not only because the term “development agreement” covers a wide variety of different contractual arrangements, but also because recent English case law has crept away from the principles set out by the European courts, creating a tantalising ambiguity that some have sought to take advantage of.

In the case, West Berkshire Council entered into a sale and development agreement with St Modwen, a directly-appointed developer. The agreement gave St Modwen an option at its sole discretion to purchase the land. If the option was taken up, St Modwen was required to undertake construction works to the Council’s specification; if it wasn’t taken up, the works obligations would not apply. A rival developer, Faraday, challenged the contract award decision in the High Court, arguing that the development agreement was a “public works contract” and should have been tendered via the public procurement regulations. The Council argued (and the High Court accepted) that as there were no binding obligations on St Modwen at the time the development agreement was entered into, it could not be a public works contract and the procurement rules should not apply.

The Court of Appeal disagreed and overturned the High Court’s decision. In its judgment, the Court considered the agreement in its entirety, rather than just at the contract starting date. The Court concluded that the main purpose of the agreement was to commit St Modwen to undertake works to the Council’s specification at some point in the future, and that this was sufficient for the development agreement to be a “public works contract”.

The Faraday decision provides a useful steer for public bodies and developers to consider the overall purpose and intention of a development agreement, and that time-delaying works obligations or making them subject to the exercise of contractual options are unlikely to be enough to exempt the agreement from public advertisement. The judgment emphasises that only agreements obliging developers to undertake works corresponding to the client’s specification will constitute public works contracts, meaning that development deals with no binding obligations or requirements to work to a client’s specification are unlikely to be covered by the procurement rules.

Faraday also confirms previous case law decisions about works undertaken pursuant to a local authority’s statutory planning obligations. These will continue to fall outside the public procurement regime, provided that the contracts deal with “pure” planning obligations and don’t seek to disguise a public works contract.

Development deals that fall outside the public procurement ‎regime and the anti-avoidance rules do not oblige the parties to engineer the deal so that it becomes a public works contract where that is not the parties’ true intention. On this point, the Court accepted that the Council had not deliberately tried to avoid the procurement rules, despite the contract being illegally entered into.

With this in mind, public bodies and developers may continue to consider a variety of different delivery and investment models‎ and structures, including joint ventures and partnerships, which deliver on regeneration and investment objectives without triggering the procurement obligations.