Access to the courts is available to all, in theory. But if potential litigants are forced to mediate first, the costs become prohibitive, undermining our entire justice system

It was one of the best lectures I have ever attended.

The topic: “Has mediation had its day?” The speaker: Lord Neuberger, the second most senior judge in England and Wales, after the Lord Chief Justice. Like a bad witness, he answered the straightforward question in a thoroughly roundabout way. I can tell you though that he is a fraction fed up with the concerted drive for expanding the role of mediation by treating mediation as good and litigation as bad. And what he won’t have at all is any scheme or notion, which undermines or is antipathetic to, our commitment in this part of the world to equal access to justice and to governance of law. He invites care when assessing how and to what extent we can further extend mediation’s reach. If at any stage the process undermines our commitment to equal access to a governance of law, it has had its day.

The Master of the Rolls - like those of us in the building dispute world - has seen 10 years or more of mediation rights endorsed by many, including himself (me too). It plays a significant role in the satisfactory resolution of disputes. And rightly used, in terms of the appropriate case and appropriate timing, mediation saves a lot of money, court time, heartache and effort. But it is not a universal panacea so as to oust the need for an effective court system. It is merely a tool, which provides a service. The courts system itself is not a service. It is the third branch of government, (hard though it sometimes is for the legislative and the executive to grasp). It enforces laws and protects us from the so-called services - whether those in a shoe shop or train operator or mediation. It is part of the framework of government. And no one is to be deprived of that framework.

In England, justice is open to all – like the Ritz Hotel. the door of the court may be open to all equally, but the cost of entry can be prohibitive

Well now, that’s all very well. I can see the sandwich-board man marching up and down The Strand, outside the High Court. His boards and his banner shout the principle that everyone has equal access to the courts. Hmmm. In England, justice is open to all - like the Ritz hotel. However, as Lord Neuberger remarked, the door of the court may be open to all equally, but the cost of entry can be prohibitive. Equal in principle, but not in practice. The justice system has been under near constant review and reform. We are still trying and still falling miserably short. Meanwhile, mediation and other forms of alternative dispute resolution (ADR) are merely adjuncts to justice - not a substitute for justice. Lord Neuberger reminds us that we are running the risk that we will institutionalise the denial of effective access to justice for some citizens.

Requiring all individuals to mediate before gaining access to the court door will necessarily have a greater impact on some classes of litigation than others. Some will have the resources to afford both mediation and litigation. Others will not. The choice then will be to accept a mediated solution, which may well not reflect their legal rights, or accept no solution at all. A substitute for justice is a fetter on a right to justice. That, said Lord Neuberger, must not occur.

The delivery of justice is not a service. The provision of mediation is. The learned judge coaxes us to weigh the support we give to mediation and the benefits it does bring to many, with the possibility that too great a faith in its benefits may result in a partial justice system. These issues of principle should guide us in developing mediation.
Lord Neuberger articulates my sense of dismay when I see a mediation reach a settlement which I know full well would not be the result if I were the tribunal deciding the dispute. As the mediator it’s not my job to stop a settlement. But as a tribunal I am operating the justice system; the right to rights. And so frequently the parties are in the mediation because the expense of seeking to establish their rights is prohibitive.

We have been striving for 200 years to open the doors to justice for all. It’s not working at all well. The court is a place of last resort or even no place to go at all. These ADR dispute places have by no means had their day, and will not until we have a litigation system which is truly open for all; in other words affordable. And Lord Neuberger, as head of the civil justice system, is in the ideal position to do something about it. 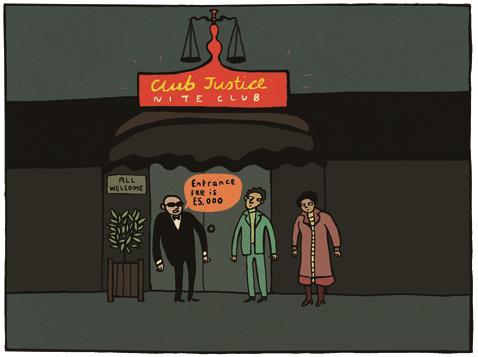