Whose privilege is it anyway?

Advice given to a firm may be protected by legal professional privilege, but things can get messy when there’s a conflict of interest between the company and its directors 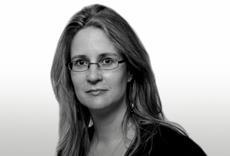 Legal professional privilege (LPP) is a valuable asset that should be preserved as far as possible (see my earlier piece on LPP, 22 June, page 46). Remember, a document which is subject to LPP (including material which is damaging to your case and would otherwise have to be disclosed) can be withheld from the other side in litigation. It also entitles the person who has the benefit of LPP to withhold privileged documents from regulatory bodies and enforcement agencies such as the Health and Safety Executive.

Let’s look at a specific example. As part of its clampdown to reduce death and injury on construction sites, the HSE visited 3,237 sites between February and March this
year. It found that one in five of those sites used unsafe practices that put workers at risk and as a result, 870 enforcement notices were issued.

If a contractor that receives an enforcement notice takes legal advice on the breaches of the health and safety legislation which it may have committed, it is more than likely that this will include advice on any potential personal liability of its directors. After all, it is important for the contractor to understand the position of its directors, and any possible consequences for them.

So, if the HSE subsequently decides to investigate the contractor, will the directors be able to prevent the legal advice received from being disclosed to the HSE by claiming that they also have LPP in that advice?

The short answer is that it will depend on the facts of each case. However, in the Keydata case (R (on the application of Ford) vs Financial Services Authority), although the solicitors’ engagement letter expressly stated that they were only advising Keydata (ie, there was no joint retainer), the court held that the relevant legal advice had been provided to Keydata and its directors both as representatives of Keydata and in their personal capacities. This meant that the directors were also entitled to claim LPP in the legal advice. Even though Keydata had waived LPP, the legal advice could not be disclosed to the FSA unless all of the directors also waived LPP, which in this case they declined to do. As a result the FSA was unable to use the legal advice in building its case against the directors. This is known as joint interest privilege and may, in the right circumstances, be available to directors in other situations to protect their personal interest.

However, joint interest privilege doesn’t always work in a director’s favour, as the case of MCashback Ltd in Liquidation (MCashback) and others vs Addleshaw Goddard LLP (AG) shows. Prior to its liquidation, MCashback had been involved in a complicated piece of litigation, aspects of which AG had advised on. The documents provided to the liquidators as part of their review of MCashback’s affairs suggested that AG had in fact played a much greater role in advising MCashback, which went beyond the litigation.

The liquidators asked AG to provide all of the original files relating to the affairs of MCashback. AG claimed that the documents that had not already been provided related to advice which had been given to the directors personally and independently of MCashback. The documents were therefore subject to LPP and could only be disclosed to the liquidators if all the directors consented.

Some of the documents for which LPP was claimed were minutes of MCashback’s board meetings, which AG had attended, and papers relating to advice given at those meetings. The court held that advice given to directors can only be privileged against the company (and therefore its liquidators) if it is given in the absence of the company, which cannot be the case if the advice is given in company board meetings. In this case, the knowledge of the directors was also the knowledge of MCashback, and so the directors couldn’t claim LPP against the company (or its liquidators). Joint privilege in such circumstances means that parties cannot claim LPP in the relevant documents against each other.

Where there is a risk of a conflict of interest between the company and its directors, the directors should consider taking separate legal advice from independent lawyers in respect of their personal positions.

Sue Harris is a director at law firm Walker Morris