Why is infrastructure being underfunded?

Europe and the US are falling behind on infrastructure spending, which is a mistake no country can afford to make 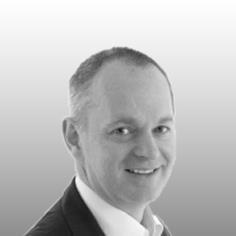 Infrastructure is a prerequisite for progress. A nation can’t have a properly functioning economy without the ability to generate and transmit energy, transport people and goods safely and efficiently, and provide shelter. And yet, most nations are falling behind in their obligations to maintain their existing infrastructure and invest in new projects.

Developed markets are as much behind the eight ball as others. February’s EU budget deal slashed planned infrastructure investment of €50bn over seven years to €24bn. Across the ocean, the outlook is similar. In March, the American Society of Civil Engineers (ASCE) assigned the US a dismal D+ in their 2017 Infrastructure Report Card. They say returning US infrastructure to a safe and functional level will require nearly US$2.1 trillion more than what the government and private sector are prepared to spend over the coming decade.

In contrast are China, Singapore, and several less heralded leaders, all of which are investing huge sums to transform their countries and economies. It’s time for the rest of the world to emulate their commitment, if not their methods. With population growth, urbanisation, and climate change exacerbating the need for sustained and sustainable development, we can’t afford to put off World 2.0 any longer.

In their October 2016 report, Voices on Infrastructure: Rethinking Engineering and Construction, McKinsey & Company list the problems besetting the industry. These include shortfalls in accountability, failure to adapt to new technology, fragmented value chains, and coping with complexity.

Aconex shares McKinsey’s view of the situation. Teams and data connected on a single, secure platform are far more likely to standardise processes across projects than discrete pockets of people consigned to point solutions or internal systems.Speedy decision making on-site requires mobile access to appropriate data, made available immediately and securely. Building accountability into processes means establishing roles and responsibilities, along with timeframes, and enforcing these agreements.

Carving out a large role for BIM will pay off now and in the future. Connected and structured data sets serve as “digital twins” of completed physical assets, benefiting ongoing management of those assets through their useful life. Digitising large projects leads to a number of favourable outcomes, including standardisation, visibility, accountability, and control.

How to save a trillion dollars

Boston Consulting Group’s 2016 ECS Value Creators Report estimates that digital technology will lead to cost savings of US$700bn to US$1.2 trillion annually within engineering, construction, and services. This figure is supported elsewhere. In Infrastructure Productivity: How to Save US$1 Trillion a Year, McKinsey Global Institute project annual savings in that amount resulting from “a viable 60% improvement” in infrastructure productivity. Fully 15% of the potential savings will accrue just from streamlining infrastructure delivery.

These are all powerful arguments in favour of boosting the amounts of public and private investment that go into replacing our aged infrastructure, provided the investments are matched by industry investments in technology and project delivery platforms.