Why we should be taking 'smart cities' seriously

The UK could do worse than starting to take the advent of ‘smart cities’ seriously. If nothing else it could make businesses more efficient and the lives of residents, commuters and visitors more tolerable 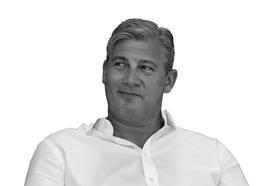 Business buzzwords and phrases come and go with monotonous regularity. Many seem to have a life-cycle little longer than that of a dragonfly. They are overused and their value overstated for a few months before floundering - spent and largely forgotten. ‘Scaleup’, ‘shrinkflation’, ‘nowcast’ have all thankfully had their time in the sun.

For those working in the built environment sector though there is one such buzzword that refuses to die, probably because it has some evidential weight behind it.

‘Smart’ may not be the smartest of monikers but it has seen itself attached to some of the latest developments in the design, construction and working of the built environment in recent years. First we had ‘Smart Buildings’ now we have ‘smart cities’.

The thinking behind these labels is that with the amount of technology we have available in and around our buildings they can be used more efficiently. For example, a typical newly built commercial office building in the centre of London can be loaded with sensors controlling its environment – sensors to automatically open window vents if it gets too warm, pulse the heating if an area gets too cold, control light levels, limit sound reverberation, increase sound reverberation. It will have already been built to some of the world’s highest energy efficiency requirements because that is what the market demands these days, so now not only is the building envelope itself incredibly energy efficient – often to such an extent that it can become an energy source rather than a consumer – but its occupiers can control and shape that environment to such a degree that they can maximise the working efficiency of their staff. By harnessing the power of the Internet of Things (IoT) companies can plot which areas of their office is used more often and by whom, enabling them to tailor resources such as janitorial, cleaning and identify areas where it can specifically match areas of an office to the requirements of each member of staff.

But with ‘smart cities’ the drive for efficiency doesn’t stop as soon as the threshold of the office is crossed.

In a smart city the buildings can be linked to one another so that efficiencies are shared between the two. By using the IoT and expanding a city’s Wi-Fi network there are opportunities to improve public and private transport efficiency as well as the local authority’s services. This makes the city itself more efficient for its residents and visitors and therefore more attractive to outside investment.

Much of the technology that will enable us to build and develop these smart cities is real. They are not part of a utopian dream but systems that are available now and that are capable of being incorporated into the built environment as we speak.

And for the older, more well-established cities and capitals of commerce this could well spell trouble. Cities such as London or New York, Berlin or Paris may have historical advantages over those newer centres such as Shanghai or Mumbai, but the very nature of these young and thrusting cities means that the board is swept clean. It is ‘Year Zero’. They can begin to incorporate technologies within the cityscape that will make it ‘Smart’ from the off.

Meanwhile back in London, Birmingham, Manchester or Glasgow we have to contend with an ageing built environment, parts of which date back hundreds if not thousands of years. With building refurbishment costs comfortably outstripping those of new build the introduction of these technologies and the efficiencies generated is rather more piecemeal. For those at the helm of large corporations it could make more sense for them to relocate to a purpose built, cost saving office where their staff can work more effectively, live more easily and be more efficient.

Already some cities are beginning to understand the advantages that being ‘Smart’ will bring, both to their attractiveness in terms of investment but also the everyday lives of their citizens.

Duisburg, a city in the west of Germany famous mainly for its steel production and boasting the world’s largest inland port, has signed a Memorandum of Understanding with Chinese tech giant Huawei to work together on smart city development.

The two will aim to help expand its Wi-Fi network, enhancing traffic and transport management and improve the city authority’s services to the public through the use of IoT and e-based technology.

Apparently plans include the introduction of intelligent street lamps, supply networks and traffic management as well as cloud-based e-government helping make services easier to access. For its part Huawei will provide 5G technology and the Wi-Fi networks needed to support smart logistics and driverless cars.

The UK could do worse than starting to take the advent of ‘smart cities’ similarly seriously. If nothing else it could make businesses more efficient and the lives of residents, commuters and visitors more tolerable.

But in a post-Brexit world it could also help cement the UK’s place at the top table of commerce.