Will new-builds be banned from connecting to the gas grid?

How feasible is the Committee on Climate Change’s recommendation? 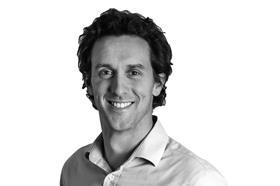 Following a government request for independent investigation, the Committee on Climate Change (CCC) recently published recommendations for a total ban on gas connections to new housing developments by 2025. This was acknowledged in the chancellor’s Spring Statement in March 2019 as the part of government push towards its target of reducing greenhouse gas emissions by 80% by 2050. But how feasible is this suggestion in practice, and will it have the desired effect?

Gas has provided a convenient fuel source for heating in the UK since the late 19th century, when town gas began to be used in domestic heating. In the 1960s, natural gas replaced town gas and the national gas distribution network grew. While modern building design is still reliant on gas, the government’s housebuilding target of 300,000 new homes each year presents a great opportunity to force new thinking in designing property heating systems, shifting to lower temperatures and establishing district energy – positive steps in reducing emissions.

Encouraging the construction of buildings to use alternative heating systems that operate at low temperatures should prompt developers to introduce low-carbon technology – notably heat pumps. Planned buildings should also consider insulation to improve energy efficiency and enable heating systems that deliver thermal comfort at low supply temperature. This would unlock the potential to use excess heat energy available in the environment or abundantly rejected into the atmosphere.

The UK industrial sector was estimated to waste 48 TWh/yr in a 2014 report by consultant Element Energy – approximately one-sixth of overall industrial energy use. Additionally, heat from infrastructure (for example wastewater from the London Underground), surface water, groundwater and geothermal resources offer the chance to capture low-carbon heat. In London alone, the Greater London Authority estimates that enough heat is wasted to provide 38% of the city’s heating needs.

Effectively capturing and distributing this heat requires the development of district heating networks. The Department for Business, Enterprise and Industrial Strategy recently launched the Heat Networks Investment Project to invest over £300m in heat networks.

For new development, the capital cost of installing gas is lower than low carbon technology of heat pumps and CHP supplied by district heating. During operation the unit cost of heat for low carbon solutions may beat gas but not significantly. But if considering the climate impact – the carbon savings are profoundly lower than gas. Capturing waste heat from industrial processes can provide very low costs but is dependant particularly on factors such as the distance to transport heat. The UK Government has launched the Industrial Heat Recovery Support Programme in June 2018 to focus on this sector.

Who will pay the additional cost for developing low carbon heat solutions? There are a number of possible ways to socialise the costs of building new, low carbon buildings. As Denmark has done, Central Government could impose taxation on gas supply, directing that budget towards supporting low carbon investment. Private Companies, Communities and Local Authorities could create energy companies that borrow and invest locally in low carbon energy solutions, recovering the investment through customer charging.

Developers may pay landowners less to reflect the additional cost of decarbonisation. Alternatively, developers could pass these costs onto consumers through increased property prices. However, none of these options will be popular so there are some tough decisions for all of us if we want to decarbonise heat.

The up-front capital cost is a significant barrier to developers and consumers accepting alternative solutions when gas remains such a low-cost alternative. However, the long-term operating costs of decarbonisation could be lower if waste heat were to be used, and energy efficiency measures in buildings were installed. Taking a lifecycle perspective therefore can demonstrate a payback.

In order to achieve UK targets for reducing greenhouse gas emissions, the capital investment in heat infrastructure must be found. While high density developments might create economy of scale to achieve reasonable payback from lower operating costs on the development of smaller new-builds, these costs will be harder to find.

Our carbon footprint is an issue that needs to be addressed, and the CCC’s call to ban new build homes from connecting to the gas grid is a step in the right direction. Encouraging developments to utilise waste heat resources will have an impact, the costly implications for smaller and more rural developments need to be considered and tackled before further action is taken. Furthermore, the task of creating new low carbon buildings is arguably easy compared to the challenges faced with existing building stock.

Given 80% of the building stock that will exist in 2050 is already built, in attempts to meet UK targets, we must take up the challenge of improving energy efficiency and encouraging low carbon retrofits in existing properties.

Paul Steen is an associate director at Ramboll