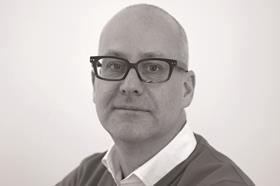 The Queen’s Club Gardens in Hammersmith, London, is an oasis of calm built in the late nineteenth century by entrepreneurial developer William Gibbs. An estate of 33 mansion blocks set around a communal square, it is a delightful interpretation of London’s seventeenth and eighteenth century grain of streets, squares and terraces.

On an urban level it links and repairs the street edges, creates multiple thresholds and points of arrival from the adjacent streets, and in tandem with the landscape establishes a wonderful setting for a mansion block typology and its crafted architectural form.

Hailed at the time for “modern amenities” of “kitcheners” (coal-fuelled ranges with ovens and back boilers for hot water), larders, gas lighting and electric bells, its central daylight-filled cores and dual aspect apartments lend themselves to an array of lifestyle options. The cruciform plan is simple yet versatile, breaking down the mass to individual blocks, creating a delicate sense of scale and rhythm.

The architecture, landscape and form unite in a composition that gives clarity and a “remembered journey”, from street to square, to mansion block front door and the inner world of your apartment.

My blunder is a lost opportunity - a misinterpretation of squares, streets and architecture is the development of Bessborough Gardens, built along Embankment by the Corporation of London almost a century later. It creates an unnecessary gated development.

Its internalised form lacks the subtleties of the historic architectural form and the grain of the successful parts of our city, which through a distinctive code of manners define public and private realms. Upon arrival you are greeted by a security barrier, charmless communal entranceways and a myriad of privatised parking spaces.

The adoption of a faux terrace typology fails to describe thresholds and sadly leaves a blank facade facing on to the Embankment, and a missed experience for the citizens of London.

Andrew Taylor is a director of Patel Taylor

Queen’s Club Gardens in Fulham were completed in 1897. The developer William Gibbs named each of the blocks alphabetically (omitting X) after notable historical figures. Aimed at the wealthy upper classes, the flats were popular with artists and writers - including Swallows and Amazons author Arthur Ransome. It was were declared a Conservation Area in 1971. 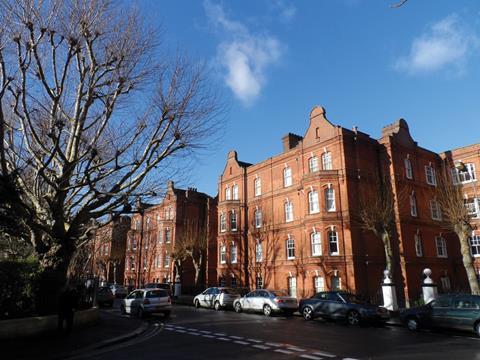 Many of the buildings on the site of Bessborough Gardens were damaged by floodwater in 1928 and bombing during the Second World War. In the eighties the leaseholder, the Crown Estate, embarked on a redevelopment of the land in conjunction with Wimpey Homes, resulting the current pastiche white stucco facade houses. 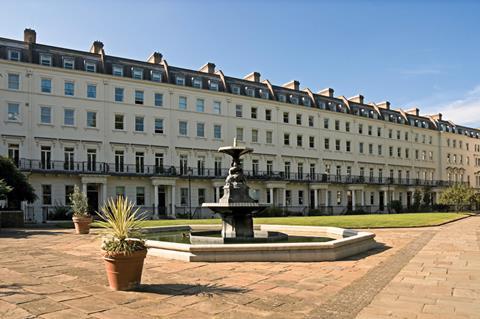