The Temple Church is an incredible building. It was consecrated at the end of the 12th century (1185) and was built as a meeting place for the Knights Templar as part of a larger monastery for the order. The original church has a circular plan whose basis is the Church of the Holy Sepulchre in Jerusalem. It forms the nave and was joined in the 13th century by a rectangular building (the Chancel).

A complex history of ownership and use followed, ending with an air raid in the Second World War where the church caught fire following incendiary bombing by German aircraft. It was restored in the fifties and rededicated in 1958. The wonder is that the Temple Church remains at all, and that it forms part of an extraordinary sequence of public spaces hidden away between Fleet Street and The Inner Temple gardens. Many architects (anecdotally) are aware of The Round Church without ever having sought it out, and it would rarely be found without a special trip.

My blunder is the London 2012 athletes’ village - not in particular criticism of the architecture, but in the sequence of events that has led to its realisation. An extremely talented collection of architects, consultants and contractors has been assembled, with an appropriate budget for a global event and its ever-present legacy.
The heart of the legacy is the “community‘“of homes that begin their life as the athletes’ village. They are extremely dull. The architects have enjoyed little freedom in elevating the building “chassis” they were given, and beyond their efficient procurement there is little to celebrate. No sense of risk-taking, wonderment or delight which must surely be part of the global celebration that is the Olympics?

Ben Adams is the director of Ben Adams Architects 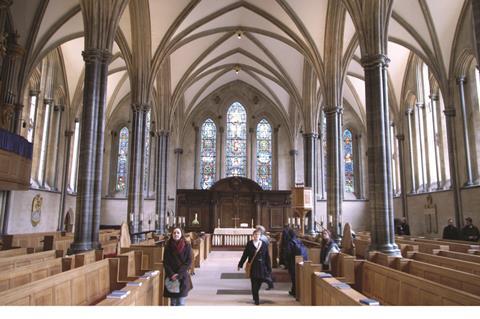 The Temple Church escaped the Great Fire of London in 1666 and underwent refurbishment by Sir Christopher Wren. In 1841 it was restored afresh, but was badly damaged in 1941 in a Nazi air raid. In 1954 the Glaziers’ Company replaced the east window with one designed by Carl Edwards. 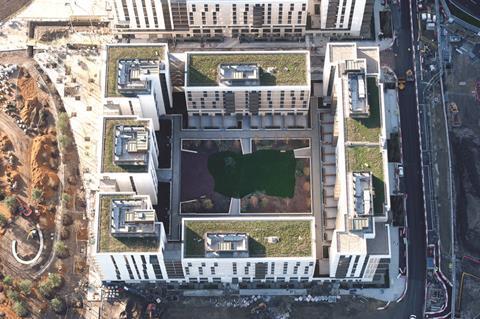 The Olympic village will accommodate 17,000 athletes during the 2012 Games and will be turned into 2,800 homes after the event. Masterplanned by Fletcher Priest, the 11 plots were designed by a single practice or a combination of architects, including big names such as Make, dRMM, Glenn Howells and Piercy Conner.