Jerry Tate hails Renzo Piano’s skilful handling of an Italian car factory, but laments how a French ski resort ‘for the masses’ went rapidly off piste

The Lingotto building - the former Fiat factory in Turin, Italy, - is both a structural tour de force and a fantastic example of how to keep and re-use our existing built environment. Originally designed by the engineer Giacomo Mattè-Trucco in 1923, the building unabashedly reveals its structural bones in areas such as the organic spiral ramps, which lead to the rooftop testing track (later made famous by its role in sixties film The Italian Job starring Michael Caine).

This shows how a great building can outlive its original use and be wholly reinvented, given a carefully considered renovation process.

In terms of architectural mistakes, I would chose Aime 2000 in the La Plagne ski resort in the French Alps, because it demonstrates how heroic modernism lost its way. Designed by Michel Bezançon in 1969 as part of the French Plan Neige strategy, the building has the most noble of intentions as a “snowship” to bring mountain leisure pursuits to the masses.

However, the reality of the complex is a stuffy and cramped interior, with mean public spaces that have been sacrificed for the sake of the building diagram - all of which rather makes you question the architect’s attitude towards the masses. It feels as if the people who worked on the design forgot what it might be like to actually occupy the building and this failure completely unpicks what could have been a very generous architectural statement. 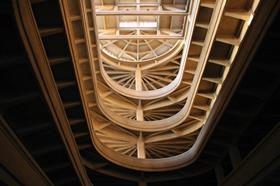 The Fiat Lingotto Factory was designed for Fiat by Giacomo Mattè-Trucco and built between 1916 and 1923. The factory closed in 1982, but in 1989 the Lingotto reopened as an arts, cultural and shopping complex designed by Renzo Piano. The redevelopment retained the factory’s famous rooftop test track. 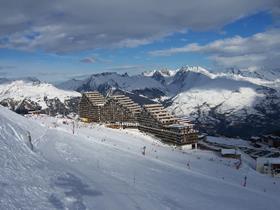 Aime 2000 is the main building of the Aime-La-Plagne ski resort. Designed by Michel Bezançon, it was built in 1969 and was quickly nicknamed the “Steamer of the Snow”. The wider La Plagne resort was developed in the sixties in a bid to stop the unemployment-stricken valleys from becoming deserted.