The rebellious arts and crafts temple of the Horniman museum is a real gem to John Jackson, while Marco Polo House deserves an intimate encounter with a wrecking ball 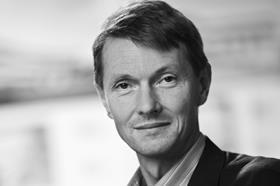 Iconic buildings stand out from the crowd, but not all for the right reasons. Good townscape often requires a muted response, with scale, materials and detailing contributing to the overall effect. My choices are at either end of the spectrum, in two different parts of London, and designed 70 years apart.

My “wonder” is the Horniman museum by Charles Harrison Townsend (1851-1928), who also designed the Whitechapel art gallery. With its kooky clock tower and eclectic facade, it exerts a powerful pull on visitors at the top of Forest Hill.

The philanthropic Horniman family made a fortune in tea in the 1800s, and the museum is packed with the fruits of their extensive travels.

It must have seemed exotic to the suburban locals, to have this arts and crafts temple in their midst.

It is nothing if not quirky - a real gem. Pleasingly different - even rebellious - it is as popular today as ever, simultaneously part of Forest Hill and yet something completely out of the normal suburban character.

Marco Polo House, equally a child of its time, sits by leafy Battersea park, sandwiched between a railway line and a gasometer, and close to Sir Giles Gilbert Scott’s now-derelict power station.

This piece of eighties post-modernism almost looks to be made of Lego, with its striped elevations and jaunty broken pediments, a nod in the direction of Philip Johnson’s AT&T in Manhattan.

It is iconic but in a different way, showing two fingers to passers-by, although, I have to admit, it is respectful in terms of bulk and massing. The trouble resides in the quality of materials used and the detailing. The designer and developer Ian Pollard was also responsible for the Sainsbury Homebase in Kensington that reminds one of Sir James Stirling’s Staatsgalerie in Stuttgart.

Thankfully, the Horniman is very much alive and well and listed, while Marco Polo House is destined to receive the coup de grace of a ball and chain anytime soon.

John Jackson is a partner at GMW Architects 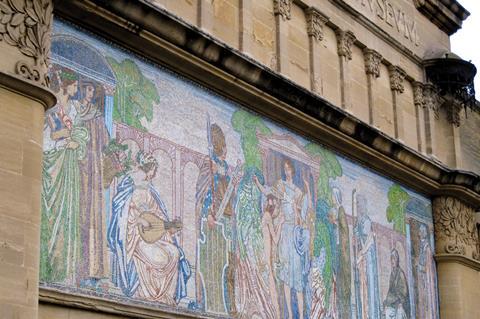 Charles Harrison Townsend’s Horniman museum, in Forest Hill, south London, was commissioned in 1898 by the philanthropist tea trader Frederick John Horniman to replace the original museum building on the same site - which had started life as the Horniman family home. It opened its doors to the public in 1901 with the intention of “bringing the world to Forest Hill”. 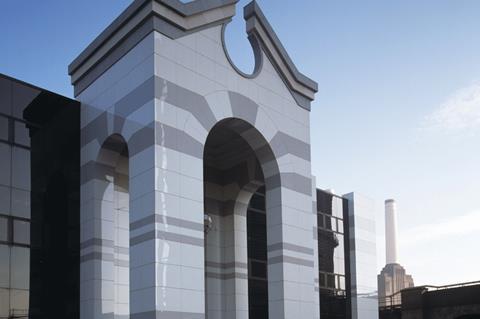 Marco Polo House, located in the London borough of Wandsworth, was designed by Ian Pollard and built in 1987. It was originally home of British Satellite Broadcasting and was named after the network’s Marcopolo satellites. It is to be levelled and replaced with a residential complex as part of Battersea’s regeneration scheme.