The Brick House - a private house in west London - is a gem. There’s so much surprise in it. You enter a tiny door, go down a long, dark corridor, and into the amazing triple-height space. Wonderfully huge, beautifully designed and implemented, it’s quite extraordinary.

The craftsmanship and the rigour are superb. Everything is concrete and brick, even the bathrooms, yet it’s delicate. The building is articulated into subtle, beautiful forms, it’s like a shell.

Interlocked between other buildings, with its very private entrance, it’s a hugely introspective place. There are no windows looking out; instead, there is incredible top light cascading through the building.

Some buildings are very contextual, but here you don’t know where you are. It could be carved out of rock, or you could be in a pyramid. When I left, it was a shock to be back in Notting Hill. I had travelled, explored, and then I was back in reality.

My blunder, London Metropolitan University’s Graduate Centre, was built around the same time, but they got it so, so wrong. Had it been a bit grittier, it would have been far sexier, but it lacks conviction.

I was working at London Met when they built the Graduate Centre. I would run down at lunchtime and watch it being built. There were the beginnings of something genuinely exciting, but it fell flat. Externally, there’s no line separating it from the pavement, so it looks like it’s erupting from the paving stones. It feels very crude, and a bit embarrassing.

Once you’re inside you wouldn’t know you were in that building, because it’s incredibly square, ugly and dull. There’s no rigour. Worst of all, the layout doesn’t work: you can’t even get enough people into the tiny rooms. It’s loud but it’s half-hearted. It’s like a hoody screaming on the street. 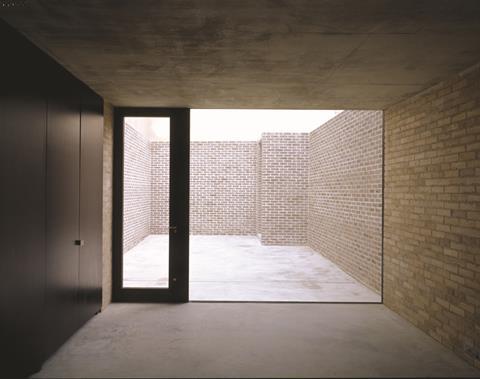 Caruso St John completed the Brick House for a private client in 2005, and it was a finalist in the 11th RIBA Stirling prize. The search for a new-build site in the already crowded Ladbroke Grove area took nearly a year. An infill project without a facade, the horse-head shape of the Brick House led to over 20 party-wall agreements. 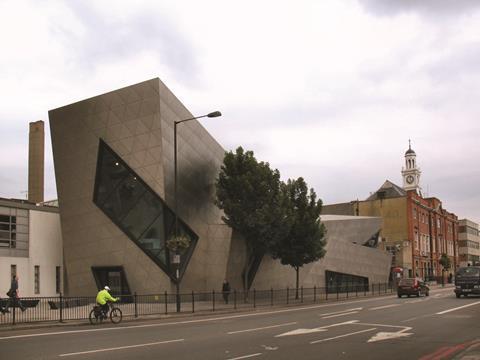 The 10,000ft2 London Metropolitan University Graduate Centre, completed in 2004, is a concrete structure with stainless steel cladding, situated on Holloway Road, north London. Following the cancellation of the Spiral extension to the Victoria & Albert museum, it remains Daniel Libeskind’s only complete building in London.