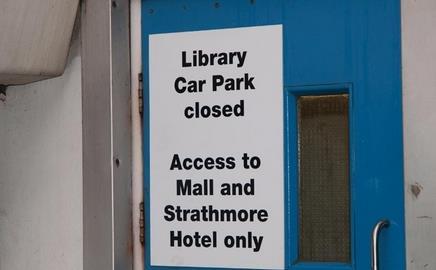 Esther Rantzen heaps praise on the improvised brilliance of Salisbury cathedral, and pours vitriol on the badly built eyesore that is Luton’s Library Road car park

My wonder is Salisbury cathedral. It’s a series of unplanned pieces of brilliance – the beautiful spire, for example, was very much an afterthought. As most people probably know, they had originally built a square Norman tower. I once met a very elderly canon in the close, and I said my goodness this must be the most beautiful cathedral in Britain. “Northern Europe,” he replied.

It has a wonderful ethereal beauty but it also has the strength of a building designed to be there for centuries. It’s aspirational in every sense. It reaches up to the sky. It’s where people have prayed for life and death and the health of their children and the safety of their country. And then you have the close around it with every period of incredible beauty. So I’m cheating a bit because it’s also in the most amazing setting.

I’m afraid there has been quite a lot of uglification in Luton in the sense of functional buildings with no merit having been placed where the public can’t miss them – such as Library Road’s car park, which has been closed since 2008 owing to concerns about safety. The sad thing is that the town hall is absolutely the opposite – it’s a stylish, chic, art deco building with a tower that makes a real statement, which says we care about ourselves and we cherish ourselves. This blocked-off and condemned concrete car park says the opposite. It’s just where you would want there to be a theatre or other lovely building.

The Cathedral Church of the Blessed Virgin Mary in Salisbury was begun in 1220 and completed in less than 40 years. The 6,500 tonne spire was added in 1320. The cathedral contains the world’s oldest working clock (dating from about 1385) and the chapter house contains one of the four remaining copies of the Magna Carta.

The Library Road car park in Luton was completed in the seventies. It is joined to Luton’s mall by a walkway. In October 2008, surveyors closed it down owing to structural problems, with the loss of 600 parking spaces. A spokesperson for The Mall, the firm that runs the car park, is looking at repair and reconstruction options.

Esther Rantzen is a broadcaster, campaigner and independent candidate for Luton South