You’re part of the problem 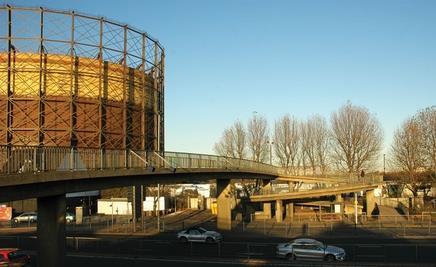 “BSF Schools: Why is it so difficult?” was the web headline of an article in your 9 January issue.

The answer I am afraid to say is that misleading and pejorative media coverage is one of the problems – and your article is a typical example.

The photograph which heads the article and its caption “Would you build a secondary school here?” sets the tone. The photo gives prominence to the gas holder, which plays a significant role in the saga (more of that in a moment) but does not show the school site, adjacent to the new Central Park in the Greenwich Peninsula development.

The secondary school will be an integral part of the new community comprising about 10,000 homes as well as Ravensbourne College, the O2, the Millennium Village, the Millennium primary school, a health centre and ecology park. Integrating educational provision with the rest of the development is an important part of the sustainability objectives that have been fundamental to planning the peninsula’s regeneration.

The gas holder has indeed been a problem, even if it is rather further from the school site than your article suggests. Over the past year or more Greenwich council and I have been working with English Partnerships (now the Homes and Communities Agency) to resolve the problem. Contrary to what your article claims, Southern Gas agreed before Christmas to conduct an urgent feasibility study on decommissioning the gas holder based on decoupling gas storage at Greenwich from their strategic programme. This feasibility study is expected to be completed before the end of March. If decommissioning work were to proceed soon after that, it would be possible for the new John Roan School to be completed and ready to open in September 2011.

As Building has criticised delays in the BSF programme, would it not have been better for the magazine to explore the implications thoroughly rather than publish a one-sided and misleading article that reinforces the difficulties in getting new schools built?