2070 vision: why we need a long-term view on regional infrastructure

Regional inequalities have long been exacerbated by poor decision making on infrastructure projects. Now it’s time for that to change 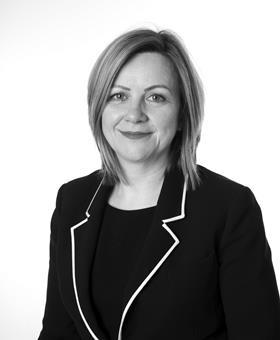 They used to say that a week is a long time in politics. The events in Westminster over the last few months may have given some politicians cause to revise that to 24 hours. Whether in Westminster or in town halls across the country, career life expectancy and the short-termism of political cycles dominates decision making across the built environment.

So, it was fitting that the recent inaugural report by the UK2070 Commission, an independent inquiry into regional inequalities, seeks to take a long-term view. As Lord Kerslake, the chair of Commission, put it: “If you want to understand what happens in economics, you need to look back 50 years and forward 50 years.”

The 2070 Commission argues that too many regional decisions are determined in London, with no overall national plan for economic and infrastructure investment

The preliminary report, Fairer and Stronger: Rebalancing the UK Economy, does just that, looking at past and potential patterns of investment over a long period. The longer view is vital to provide a proper context for investment in regional development and major infrastructure, whether that is in road, rail, ports, airports or ICT.

The commission’s report is an important step in helping to facilitate a wider debate around UK infrastructure and the vital role it plays in economic wealth distribution and social mobility. The message is all too often lost in the UK infrastructure narrative, by some politicians relying on technocrats to give them the reasons to either back or refuse projects.

The findings reveal that regional inequalities that blight economic performance and life chances in some parts of the UK are likely to significantly worsen unless major action is taken to prevent London decoupling from the rest of the country in a two tier economy. As Lord Kerslake argues, efforts to date to address regional inequality have been “too small, short-lived or disjointed to have lasting impact.”

While this is an interim report and the commission is seeking feedback – and as an active supporter of the UK2070 Commission, Turner & Townsend has chaired focus groups to help inform this essential research – it has made some important recommendations, which include: greater levels of devolution and funding; a national renewal fund; and a national spatial strategy.

The 2070 Commission argues that too many regional decisions are determined in London, with no overall national plan for economic and infrastructure investment. It is arguing for a radical restructuring of the government in order to address regional productivity and deprivation levels.

The reality is that UK regional policy has been bedevilled by a lack of spatial strategy, continuity and longevity. The same applies to our national infrastructure planning.

Despite this significant UK pipeline of major projects, the absence of the context provided by a spatial strategy has created investment discontinuities and limited the effectiveness of the investments made in isolated major projects. As noted by the commission, projects such as the Cambridge – Milton Keynes – Oxford corridor have not been set within a wider network of national connections.

This is a missed opportunity, and the commission’s recommendations to create a more integrated approach to national and regional infrastructure projects has significant potential to join up disparate projects.

The findings also consider an enhanced role for the National Infrastructure Commission and it’s now critical that the government commits to fully considering the recommendations from both organisations.

Courting public opinion – and major influencers – will be critical and there is work to be done here. A response from one broadsheet columnist to the 2070 Commission report was to rail against “pricey infrastructure projects” that in their eyes are skewed to the capital. It’s essential that we as an industry seek to shift this narrative, which is incorrect and completely misses the national socioeconomic impacts that these mega-programmes will deliver.

A recent Institution of Civil Engineers survey revealed that people are more likely to judge the success of an infrastructure project on its regeneration of communities rather than its cost.

Against a backdrop of regional economic inequality, major programmes such as HS2, Heathrow expansion and northern powerhouse rail are now needed more than ever. They provide the opportunity to rebalance the economy, creating new jobs, business opportunities and improved social and economic outcomes across the UK.

Take the expansion of Heathrow. This is a megaproject that in construction alone through its logistics hubs model can deliver economic benefits to regions outside of the South-east.

It is also a project that provides a critical opportunity to challenge the way we have delivered infrastructure in the past and forge a new sustainable industry model – one which provides a legacy of new skills in digital, manufacturing and offsite assembly, with expertise formed throughout the construction supply chain. It can act as a beacon for attracting and retaining talent in the sector at a time when we face an acute skills crisis.

Tackling short-termism and embedding greater continuity and longevity in our national and regional planning are critical questions for today. Taking action now will help to close regional inequality gaps and deliver a socio-economic legacy that will still benefit people in 2070.