A is for attestation, B is for breach 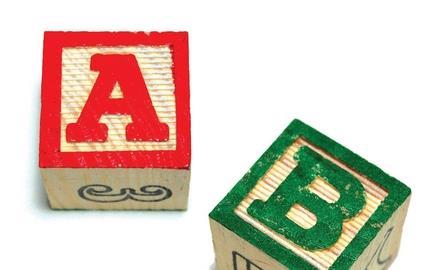 Michael Conroy Harris provides a handy bluffer’s guide for all those who find themselves flustered when dealing with legal terms. This week, A and B …

A is for ‘attestation’

A has so much potential in dispute terms – “adjudication”, “arbitration”, “alternative dispute resolution” – but, contrary to popular belief, disputes do not occur on every single project. However, all construction contracts should be properly signed and executed, and that does not always happen. Have a look at one of the signed contracts or warranties on your desk – are you sure it has been properly executed?

The place to sign the contract is variously referred to as the “attestation clause”, the “execution clause” or the “testimonium”. Your attention is usually drawn to it by a post-it note that says “sign here”.

Contracts can be signed in one of two ways:

Different formalities apply for individuals, partnerships, limited liability partnerships, overseas companies, liquidators and administrators. There are checks that you should carry out, such as whether the signing party’s own rules allow it to execute particular documents, or whether a contract is binding if all the partners do not sign.

Now take another look at that contract. If in doubt, ask …

B is for ‘breach’

It sometimes seems that, no sooner than a contract is signed, the refrain of “you’re in breach of contract” is heard. Often, the reply to this is “so what?” and while that reply is not intended to start a legal debate, it usually does.

In the case of a breach of contract, the innocent party may have:

The most common outcome of a breach will be that the innocent party will have the right to claim damages. This sounds fair enough, but what will it involve?

Parties to construction contracts are used to negotiating their own settlements, for example, a contractor accepts a lesser price for works that do not meet the standard set in the contract, if the client is prepared to accept that lower standard. Problems begin when the parties cannot reach agreement and have to use the dispute resolution mechanism in the contract. This will cost them money and use up management time.

So what can the parties do? Most contracts already have a mechanism for dealing with late completion – liquidated damages. This is a contractually agreed rate of damages that the contractor agrees to give up and the client agrees to accept for each day a project is late.

However, the parties can agree a solution for many other instances in the contract. For example, it can include a deduction for the non-delivery of each collateral warranty.

While this needs to be treated with care (as it becomes the maximum the client can recover for a breach by the contractor) it provides an answer to “so what?” – the innocent party can point to the remedy clearly set out in the contract.