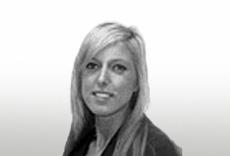 This case concerned the question of whether by virtue of the parties’ consent agreement, which varied the terms of the NEC3 Professional Services Contract, the adjudicator had jurisdiction to determine his own jurisdiction.

The form of contract was NEC3 Professional Services Contract (June 2005) (“NEC3 PSC”). The Housing Grants, Construction and Regeneration Act 1996 did not apply and accordingly the relevant adjudication provisions were those provided in NEC Option Clause W1.

On 6 May 2011 Dalkia terminated the Consultancy Services Contract. On 22 August 2011 WSP served its final account on Dalkia seeking payment of compensation events and loss and expense. Dalkia did not respond substantively to the final account and WSP initiated adjudication proceedings (“the First Adjudication”).

The adjudicator issued his determination on 21 December 2011 making a number of findings, including that a dispute had arisen in relation to the loss and expense claim. Following the adjudicator’s decision, the parties entered into discussions and with a view to resolving the dispute entered into an agreement dated 13 January 2012 (“the Consent Agreement”).

The Consent Agreement provided for Dalkia to respond to the final account by 13 January 2012, which it did, and without prejudice meetings followed. Either party could terminate the negotiation process and WSP were entitled to refer to adjudication such aspects of the final account dispute that remained disputed. Clause 6 of the Consent Agreement provided that the agreement was subject to the exclusive jurisdiction of the adjudicator, whose decision was final and binding on the parties until revised by the court.

On 22 February 2012 WSP served a notice of adjudication on Dalkia referring the final account to adjudication as provided for in the Consent Agreement.

Dalkia issued a notice of dissatisfaction on 4 July 20912. WSP commenced enforcement proceedings in the TCC on 13 July 2012 under Part 24 of the CPR.

Whether the Consent Agreement entered into by the parties gave the adjudicator jurisdiction to determine his own jurisdiction.

Mr Justice Ramsey considered whether clause 6 of the Consent Agreement gave the adjudicator jurisdiction to rule on his own jurisdiction. In reaching his decision the judge considered the two propositions set out in the case Thomas-Fredric’s (Construction) Ltd v Wilson [2003] EWCA Civ 1494, namely that the adjudicator’s decision will be enforced on a summary judgment application if:

The court came to the conclusion that clause 6 of the Consent Agreement gave the adjudicator the right to rule on his own jurisdiction. By including the wording “final and binding on the parties” in clause 6, the parties had agreed to be bound.

Mr Justice Ramsey went on to make a number of obiter findings, namely that there was an ad-hoc agreement in March 2012 that amounted to agreement by Dalkia that the adjudicator should determine his own jurisdiction.

Further, as to the nature and applicable category of the dispute under clause W1, the judge stated that,”The philosophy of the NEC Conditions is to avoid disputes at the end of a project by having intensive management machinery to deal with issues during the process of a project. The notification of disputes and the reference to an adjudicator is a necessary part of the detailed management philosophy under the NEC Conditions. This requires disputes to be referred to the adjudicator in a timely manner so that they can be resolved at the time.”

Justice Ramsey concluded that in the absence of the Consent Agreement, WSP could not have sought adjudication of issues arising under Grounds 1 and 2 unless they had been referred within the time set out under those grounds.

Whilst the court’s decision was based heavily on the specific facts of the case, it is of interest as rulings by the court on NEC3 are not a common occurrence. The judge’s comments on the application and interpretation of clause W1 are useful and demonstrate how the court will interpret such time requirements, in effect as condition precedents. Notably the judge adopted a common sense approach to the language used and acknowledged the spirit of NEC3.

The case also highlights the importance of parties adequately and carefully reserving their position in correspondence.