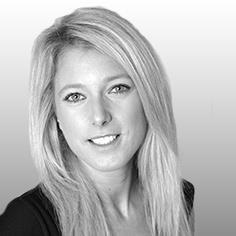 On 21 September 2012 the Sun Newspaper reported that Andrew Mitchell MP (“Mr Mitchell”), then the chief whip of the Conservative Party, had raged against police officers at the entrance to Downing Street. The incident received wide news coverage.

A case management and costs budget hearing was listed for 18 June 2013. The parties were ordered to file costs budgets no later than 7 days before the hearing.

On 18 June 2013 Master McCloud found that there were “really no adequate excuses for this breach” and having applied by analogy the new rule CPR 3.14, she made an order that Mr Mitchell was to be treated as having filed a budget comprising only the applicable court fees. Master McCloud gave Mr Mitchell permission to apply for relief from sanctions.

On 25 July 2013 Master McCloud heard Mr Mitchell’s application for relief from the sanction imposed on 18 June 2013.

Master McCloud rejected the application for relief and observed that, “The stricter approach under the Jackson reforms has been central to this judgment. It would have been far more likely that prior to 1/4/13 I would have granted relief on terms…”. However, she said that, “in view of the absence of authority on precisely how strict the courts should be and in what circumstances”, she would grant Mr Mitchell permission to appeal on her own motion.

Before the Court of Appeal, Mr Mitchell’s grounds for appeal were as follows:

On the first issue the Court of Appeal found that Master McCloud was entitled to be guided by CPR 3.14 since this represented the considered view of the Civil Procedure Rule Committee as to what constituted a proportionate sanction for failure to file a costs budget in time. The court decided that the application of the new CPR 3.14 sanction was not unfair as although the parties did not know that they were at risk of this specific sanction, they knew that they were at risk that some sanction would be imposed. The court also emphasised the fact that CPR 3.14 did not come as a “bolt out of the blue” as there was a great deal of publicity regarding the Jackson reforms.

On the second issue, the court found that the interpretation of CPR 3.14 advanced by Mr Mitchell was not a sensible one. The mischief at which CPR 3.13 and 3.14 were directed was the last minute filing of cost budgets. As CPR 3.12(2) makes clear, the purpose of costs management (including costs budgets) is to enable the court to manage the litigation and the costs incurred so as to further the overriding objective. This cannot be achieved unless costs budgets are filed in good time.

In relation to the third issue, the court concluded that Master McCloud was entitled to make the order she made on 18 June 2013 as Mr Mitchell had not produced evidence which might have persuaded the court to “otherwise order”.

The court went on to say that Master McCloud was right to recognise that the emphasis has now changed and in the circumstances considered that there was no proper basis for interfering with her decision. On the question of prejudice they highlighted that there was no evidence to show what prejudice (if any) Mr Mitchell would suffer as a result of a refusal to grant relief.

The Court of Appeal has established the tough approach the courts will be taking towards procedural non-compliance. This decision sends out a strong message that parties should comply with the rules and ensure that any anticipated problems are communicated to opposition and the Court as soon as possible (and certainly before default has occurred).

The approach in Mitchell has been applied in a number of judgments handed down over the last two months: see for example the Court of Appeal’s decision in Durrant vs Chief Constable of Avon and Somerset Constabulary [2013]. In this case the judge at first instance granted the defendant relief from sanctions for non-compliance with an order requiring service of witness statements by a specified date, failing which the defendant could not rely on any witness evidence. The claimant appealed the decision. The Court of Appeal unanimously allowed the appeal with the effect being that the defendant was not able to rely on any witness evidence. It is apparent from this decision that the Mitchell approach is to be applied across the board.