Apprenticeships: has the system collapsed? 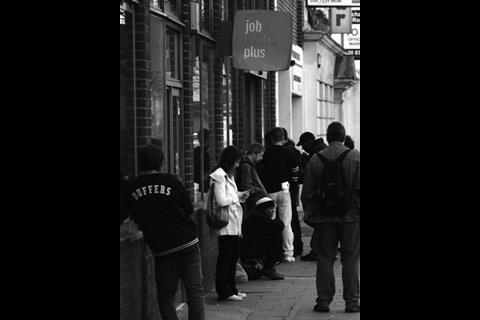 Apprentices are one of the main victims of the recession, but if they suffer today, it’s a sure thing that the rest of the industry will suffer tomorrow 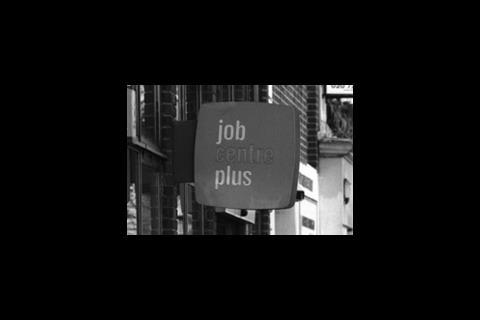 Apprentices are one of the main victims of the recession, but if they suffer today, it’s a sure thing that the rest of the industry will suffer tomorrow. So how can they be saved?

Allan Lamb is bored of watching daytime TV. “I was so close to finishing,” he says, referring to his apprenticeship in carpentry and bench joinery. “I just needed six more months.” Instead, six days before Christmas, the 20 year old got a phone call from his manager. “He just dropped this bombshell on me,” he says. “I’ve not been able to find work anywhere since.”

While the industry is struggling to stay afloat in these turbulent times, its apprentices have been chucked overboard – or, in the language of ConstructionSkills, “displaced”. Lamb is one of 3,600 who have lost their jobs in the past six months. Monthly figures show that the rate of lay-offs is increasing and, as the recession drags on, it is clear this number will rise.

The government has unveiled a series of initiatives and proposals to keep apprentices working on public projects, but the industry is sceptical about how much difference this will make. And, as placements for apprentices next year look likely to slide another 30-40%, there is a growing sense that the system needs a much more radical intervention if the trainees are to be retained. If they are not, the labour market could tighten when the upturn comes, with all that that implies for wage inflation.

The scale of the problem

ConstructionSkills, the largest provider of apprentices, says 1,962 of the 7,637 people it placed in Britain last year have been displaced since the downturn. This means they have lost their jobs, although some have since been re-employed or redeployed. This figure rises to about 3,600 when Learning and Skills Council (LSC) figures are included; they cover apprentices managed by further education colleges and other providers.

Of those under ConstructionSkills’ management, just 574, 29% of those displaced, have found re-employment. Many of the rest are starting to leave the sector altogether, after failing to find work elsewhere. Hannah Smith, 20, from Solihull, was in the final year of her floor-tiling apprenticeship when she was laid off before Christmas. She now works as a carer. “I’ve looked everywhere to get another job in floor tiling,” she says. “It’s what I’ve spent two years training in and I love doing it. But I’ve just bought a house with my partner, and I need the money. I didn’t want to leave the sector, but I had no choice.”

Lamb, who lives in the Wirral in Merseyside, says he has started looking outside the industry for work. “I’ve applied to shops and pubs. I never heard back from any joinery firms.”

Diane Johnson, director of electrical contractor Eric Johnson of Northwich, says she has no choice but to scale back placements as a result of the recession. The contractor has trained 300 apprentices over 64 years, and this is the first year that it has considered not taking any.

“This time last year, we were in discussions about how many we would take on. This year, we’re not even sure we will take any. If there’s no work, what can we do?”

Industry training experts admit that they are worried about the number of apprentices leaving construction. Geoff Lister, chairman of the Cross Industry Construction Apprenticeship Task Force (CCATF), says it is impossible to give a precise figure, but says he fears a “substantial number” of trainees will not stay. “And who can blame them when the outlook for the industry is so bleak?” Despite this, in December the government said it wanted more than 7,000 apprentices to begin in construction by 2012, and it later doubled this target to 14,000. Lister describes that as “out of the window”.

What the government is doing

The government spends about £175bn a year on construction work. So, if it is serious about the 14,000 target, one obvious move is to favour bids from firms that have taken on apprentices. Last Friday, the Office of Government Commerce published guidance explaining how spending departments could include apprentices requirements in their tenders without falling foul of EU competition law. Training experts have expressed hope that this move might encourage firms to take on apprentices, but there is no real confidence that either client or contractor will take it seriously enough to change their commercial behaviour; for one thing it is not mandatory.

“The government wanted the headline without looking into how it would implement and enforce these pledges,” says Daniel Hunt, the CCATF’s co-ordinator. But Alan Ritchie, the general secretary of Ucatt, is clear that the idea could make a difference. He said: “The guidance could have real potential for the public sector, but it needs to be enforced, and it needs to apply to the whole public sector, including local authorities, not just government departments.”

Bob Blackman, national secretary for construction at Unite, agrees. “The number of apprentices on public contracts is embarrassingly low,” he says. “It’s the smaller firms not on the public contracts that train most apprentices. Most firms will continue not to train people until it becomes mandatory.”

This time last year, we were in discussions about how many apprentices we would take on. This year, we’re not even sure we will take any

The country’s two biggest public projects illustrate Blackman’s point. The Olympic Delivery Authority (ODA) has committed itself to taking on 350 apprentices over the lifetime of the projects but at the turn of the year, the most recent figure available, there were only 30 – 1% of the workforce. Although the ODA says one in 10 people on the site are in some form of training, these include all types of training, such as established professionals on courses to further their careers.

Even the figure of 350 is a paltry amount, says the CCATF’s Lister. “They could have trained more than 2,000 across the three years,” he says. “When you think that 35,000 people applied to become construction apprentices last year, it’s very disappointing.”

Industry leaders are not holding out much hope for Crossrail either. In February, Laing O’Rourke, one of the firms that bid for the £400m delivery partner position on the £15.9bn London rail scheme, pledged to take on 1,000 apprentices, many of whom would have worked on the project if it won. Despite this, the contract went to Bechtel, the giant American engineer. When questioned as to whether it would match Laing O’Rourke’s promise, Bechtel said it was “too early to promise anything”.

Meanwhile, on Monday, the government launches a second initiative, the National Apprentice Service, which will be accountable for delivering its apprenticeship targets across all industries. The organisation will be responsible for promoting the training route to employers and learners, and for channeling government funding to target industries.

Lister says he is reserving judgment on the service but is hopeful that it could improve the situation, as it has a “new agenda, and new people”.

Even so, there are concerns over the fact that the service will spend its first year under the aegus of the LSC, the body that spectacularly mismanaged a £2.3bn programme of college renewal.

What the government can do now

The biggest problem remains convincing employers of the need to train – particularly when many are struggling to fill their order books. This could be exacerbated by a reduction in the grant payments available from ConstructionSkills. This is because the training body is unlikely to collect as much levy as in previous years: the amount firms pay is calculated on their turnover and headcount, both of which are falling rapidly. It is understood that a handful of grant payments have already been reduced.

As Building went to press on Wednesday, the Department for Innovation, Universities and Skills was due to meet to discuss extra funding for implementation. But with budgets tight, it is unlikely that there will be much money to throw at the problem. So one way of tackling the problem would be to change the way the system works.

At the moment, apprentices rely on contractors’ willingness to offer them places. Lister suggests that they could instead be employed by another body. One idea under discussion is the option of allowing groups such as trade bodies to act as “hubs” for apprentices. They would take them on and place them with member companies according to the work available. “It would take away the administrative burden and bureaucracy from contractors,” Lister says.

Another mechanism which Lister believes could make a difference is to enable main contractors who do not employ direct labour to act as “host employers”. This means they would place apprentices anywhere on their supply chains. It is understood that this idea has received some encouragement from the UK Contractors Group.

Anger has also been expressed over the way the LSC distributes funding. At present, those between the ages of 16 and 18 have all their training costs paid, whereas those aged 19 or over get half. Suzannah Nichol, chief executive of the National Specialist Contractors Council, is frustrated at this discrepancy and believes the rules should be changed. “Apprentices who come into this sector are usually more mature, as they decide to specialise in a trade once they have mastered other basic skills. But they won’t qualify for the same funds as a 16-18 year old. Our sector is at a real disadvantage.”

Some firms have called for a reform of ConstructionSkills’ levy system. Paul Jessop, chief executive of the Federation of Plasterers and Drywall Contractors, says he is angry at the amount of money given by his sector compared with what it receives for training. “The sector sees it as our money,” he says. “We pay about £2m into the levy annually as legislation requires, but we get a lot less back. We would far rather use the money to fund our own training.”

Despite this, the levy has parliamentary approval until at least March 2011, so the most effective short-term solution is to find a way of placing apprentices in the industry.

Otherwise, there is unlikely to be any good news for former trainees such as Allan Lamb as they continue to search for firms to take them on. He says: “I wasn’t great at school, I tried construction and fell into this trade by accident. I never expected to enjoy it as much as I did. Now I just want to get my qualification and carry on working in the trade I love.”

Search for the latest jobs in construction here.