Building a university in the mountains 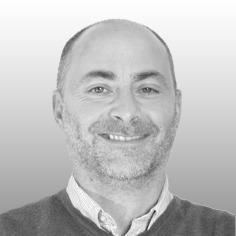 As an engineer, it’s not every day that you are required to travel to work by helicopter. Yet the first campus of the University of Central Asia (UCA), which opened last month in the Kyrgyz Republic, is so remote that a helicopter was often the only viable means of transport.

The project to build a university in Naryn for the region’s remote mountain societies was certainly unique. The scheme presented a number of technical challenges during design and construction that required some robust engineering solutions.

First, the campus is located in a highly seismic area with several fault lines running through the site. Our team was required to rework the project’s original masterplan, referring to detailed geological information and seismic hazard maps.

The winter’s harsh sub-zero climate also posed a challenge to the construction team, particularly when forming the building’s structure in concrete, as the curing process could have been compromised by the freezing temperatures.

Naryn’s extreme temperatures range from below -30°C in winter to higher than 30°C in summer. The city’s residents have limited access to infrastructure and utilities, and resort to burning coal or dried animal waste for heat. Providing a secure and sustainable supply of energy for the campus was therefore key.

In a more mature market, off-the-shelf heat pumps that simultaneously produce heating and cooling are available. These are very specialised pieces of equipment that rely heavily on original equipment manufacturer support for spare parts and maintenance. Neither this type of equipment nor the technical network to support it is available in Central Asia. 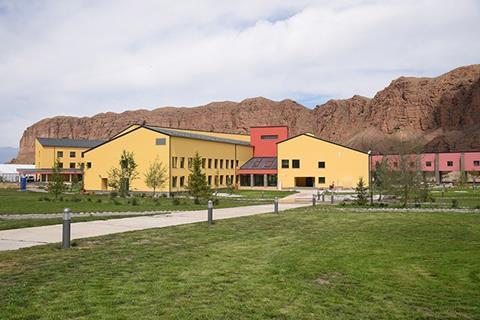 We therefore needed to design a system that was robust and easy to maintain, using products that are readily available in Central Asia. Various options were considered. Traditional air source heat pumps were ruled out because they would not function in extremely low temperatures. Taking water directly from the Naryn River was another option. However, while this would have been effective in summer, during winter the river is close to freezing, which is unsuitable for water source heat pumps.

We ultimately developed a ground source heating and cooling system that uses the aquifer beneath the campus as a low-grade energy source. After analysing the ground water temperature over a 12-month period, we discovered that even during the height of winter we were able to obtain water in excess of 10°C from the aquifer. The open loop ground source system provides enough energy to heat and cool the main academic building, while also providing hot water to the entire campus. Importantly, the system also significantly reduces the facility’s impact on the local electrical network.

The campus has already welcomed its first 71 undergraduates from isolated mountain communities in a catchment area that includes Afghanistan and Pakistan. The campus is their first real opportunity to access an international standard of university education. Providing a safe, resilient environment for the university’s staff and students is what made this project so rewarding to deliver, despite the remoteness and harsh temperatures of Naryn.