Building an army of 'adaptive copers'

Most people evade the emotional reality of climate change, says psychologist Oliver James. It’s time that we all faced the facts 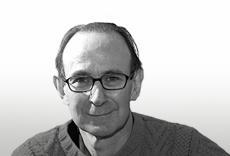 Most people are aware of climate change and its link to carbon emissions. Anyone who has tried to go on holiday in July or August in the UK during the last eight years knows that summer is no longer summer. They also notice that what periods of sustained sunshine there are, occur much earlier in the year.

Where ordinary punters struggle is in believing there can be a connection between their individual actions and reduced emissions. They can be persuaded to have their house walls insulated if offered sufficient subsidies. The savvier among the more affluent leapt at the chance to have solar panels installed on their roofs when government offered large inducements. But for most people, the chore of sorting through the rubbish is as far as they get - and that is often because the (privatised) rubbish collectors wield big sticks on failure to do so.

So why do people find it so hard? A study by Tim Kasser and Clive Hamilton offered some evidence of the mental tricks people most commonly use to deal with the threat of climate change. They identified three main groups.

The first were in denial, a minority. These are the climate sceptics, who may bore for Britain in the pub reciting Nigel Lawson. Alternatively, they may simply disengage, avoiding any news on the subject, heads in the sand. A striking example was a friend of mine at the top of a television channel. When I gently asked if he might not use his position to launch a season of climate change programmes, he replied, “Oh God, I just can’t think about that. I have so many other issues people are bugging me about - wife-beating, Rip Off Britain, the corruption of the press - I just can’t get my head around that one.”

Next come the commonest group, characterised as Maladaptive Responders. They accept the evidence of climate change but find ways to evade the emotional reality of its implications. So they employ a variety of mental strategies to distance themselves.

The first is to reinterpret the threat posed, ideas like “Human beings are imaginative, we always find a solution”, and “You can’t worry about that stuff all day, you’ve got to live in the present”. The second is to make minor and insignificant changes and treat them as sufficient. They stop using supermarket bags but do not insulate the loft or walls.

The third is to find a “big picture” story that gets them off the hook: “The Chinese are building a new coal power station every week - my footprint is tiny compared to that.” This is a close relative of the fourth tactic, just saying, “Oh well, I know it’s bad but there’s nothing I can do.” Finally, there is the Think Positive Panglossian option: ‘You’ve got to laugh, or you’d cry. I believe in hoping for the best.”
Most of us are some mixture of this group. But then there are the few, the last group, who can face the truth, known as the Adaptive Copers. They accept the facts and are able to cope with the painful emotions they trigger, then take proper action to do their best to save the planet. Initially, they go into a state of mourning and may be deeply upset when they grasp the scale of the problem and its implications for their grandchildren or great grandchildren. They may weep at the thought of the destruction of all that natural landscape. But having mourned, they move on to taking practical steps, joining activist groups, seeking solutions. In spreading the word, they gently point to the evidence and offer problem-focused solutions.

People in the construction industry are in pole position both to create ecologically sustainable buildings and to subtly influence the rest of the population in the right direction. The more of them that join the ranks of the Adaptive Copers, the bettter.

Oliver James is a clinical child psychologist, broadcaster and writer. He will be hosting a debate on the topic “Encouraging sustainability through art” in the Ecobuild Arena, Thursday 7 March, 14.45 - 15.45