Can a partner also be a worker? 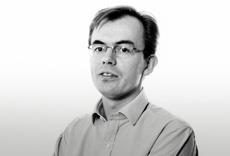 With the recessionary conditions in the UK there has been a lot of focus within the construction industry on exporting its services to the international community and to marketplaces that are perceived to have been more active. This has involved contractors and consultants exporting their services and setting up foreign operations in various different forms. However, this can involve a whole series of risks and issues that have come to the fore in a recent case concerning an English law firm Clyde & Co. The case shows that just because someone is abroad and is employed locally does not mean that an individual is necessarily excluded from English law rights.

Bates van Winkelhof vs Clyde & Co LLP concerned a solicitor, Ms Bates, who was employed both by Shadbolts and a local law firm in Tanzania. The local employment contract was a requirement for a permit to work in Tanzania. These type of requirements and requirements for businesses to be independent are not uncommon in order to operate in some overseas jurisdictions. Prior to part of Shadbolts being bought out by Clyde & Co, Ms Bates transferred her Tanzanian employment contract to a new local law firm.

Things went awry when, shortly after Clyde & Co had acquired part of Shadbolts, Ms Bates reported potentially unlawful behaviour to Clyde & Co’s money laundering reporting officers. The allegation was serious: that a local partner gave bribes to obtain work and secure case outcomes. Readers will be aware of the wide-ranging obligations to report such matters under the recent bribery legislation. This type of allegation is a reminder that cases are not always determined in all places in the world in the way we might like to think they are.

What happened next was that Ms Bates was summarily dismissed by the local firm the day after the allegations were reported by her and she was then suspended by Clyde & Co. She returned to the UK for meetings with Clyde & Co who then dismissed her.

The Appeal Tribunal found that she was a worker because while she was a partner, the vast majority of her income was fixed and not profit related

Ms Bates was at first unsuccessful in a UK tribunal claim on a single point. She lost because the judge decided she was not a worker. However, the judge found in her favour on a number of points of significance to anyone deploying resource overseas. While Ms Bates conceded that she principally worked in Tanzania, the judge found Ms Bates was an expatriate employee with equally strong connections to UK employment law as to a foreign jurisdiction where she worked. The firm was “a global law firm with a global reach”. She worked partly in London, some 78 days in 11 months. As a result she had good grounds to bring a sex and pregnancy discrimination claim (she was pregnant at the time of her dismissal) and whistleblowing claim in the UK save for one point.

She failed at first to establish she was a “worker” under UK legislation. The reason she failed initially was that she was a partner in the firm and not a “worker”. It was this part of the decision that was appealed.

The Appeal Tribunal found that she was a worker because while she was a partner, the vast majority of her income was fixed and not profit related. This is of course of direct relevance to businesses that engage individuals as partners but in fact remunerate on a split between fixed entitlement and a share of profits or perhaps a bonus arrangement. In fact Ms Bates received a fixed payment from the UK partnership, a payment form the Tanzanian business and an entitlement to a share of profits from the joint venture between the two.

The decision that she was a “worker” meant that she was entitled to bring a claim in the UK despite the fact that she was a partner in a UK firm but also contracted to spend the majority of her time working abroad. The case was then listed to proceed to a hearing currently fixed for July this year involving allegations concerning whistleblowing, sex discrimination and detrimental treatment. It is also understood that the case may go to the Court of Appeal as Clyde tries to strike the claim out.

This case therefore brings into stark focus the relationship between an LLP partner and a worker (within the UK employment rights legislation), application of UK employment law and issues of local law and cultures clashing with UK legislation. Following this case, it would be a mistake to assume that an individual posted abroad does not have the benefits of the protections available under UK employment legislation.