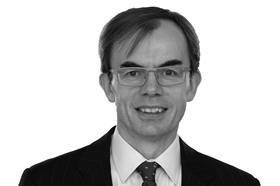 A recent decision concluded that a claim for loss and expense made after the date of practical completion was not a valid claim and therefore an adjudicator’s decision in respect of that portion of the award made was not enforceable. The fact that the subcontractor had raised such claims prior to practical completion of the works did not matter. This might come as a considerable shock to many in the industry. Just because you have claimed for something in the past does not necessarily entitle you to raise the same claim later and succeed on it.

The moral of the story is not only to read the contract carefully and to make claims in good time, but also not to come back years after the event with a new claim

Ground Construction knew that clause 4.19 was going to be deployed against it. But it argued that during 2013 and 2014 it had made a number of payment applications including, it seems, £748,081 in claims for extensions of time and additional prelims “on account”. This type of application will not be any surprise to the industry or indeed viewed as unusual.

Galliford paid the money awarded, feeling it had no choice, but then disputed it by short form proceedings known as Part 8. His Honour Judge Andrew Singer QC in the Technology and Construction Court (TCC) on 26 July 2019 decided Ground Construction was not entitled to adjudicate the loss and expense claim made after practical completion.

In the adjudication, Ground Construction had argued that the requirement on it to make applications for payment before practical completion did not restrict its claim, in circumstances where it had made claims for on-account payments for delay and loss and expense and had repeated those claims in subsequent applications after practical completion. The adjudicator agreed.

Galliford Try argued that the requirement was there so that Galliford Try knew Ground Construction’s claims before practical completion, and that this was a condition precedent to any payment to the subcontractor.  After all, a main contractor might have wanted to pass on subcontractor claims to its own employer under the terms of the main contract.

In limited situations where there is no substantial dispute of fact, applications may be made to the TCC under Part 8 of the Civil Procedure Rules. Part 8 proceedings can be commenced for a declaration where an adjudicator has made a clear error. Galliford Try made a Part 8 application to the TCC.

The moral of the story is not only to read the contract carefully and to make claims in good time and as problems arise, but also not to come back years after the event with a new claim. It is unclear whether the outcome would have been the same had Ground Construction just adjudicated for a sum for which it had applied before practical completion. Probably not.