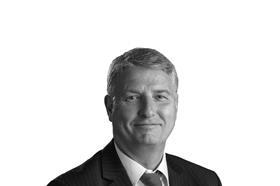 Why is it that three years on from the major overhaul of the Construction (Design & Management) Regulations in 2015 that many in the construction industry still do not get it?

Is it that they have forgotten any training they received or are they ignorant of their responsibilities?

With the Corporate Manslaughter, Corporate Homicide Act 2007 and CDM 2015 probably being the two pieces of legislation that could have the most impact on their lives, with directors now being sent to prison and receiving seven-figure fines, surely they should have started taking notice by now.

However, following the recent reading of tender documents and interactions with clients, it has become obvious, while many have retained that knowledge and put it into practice, that in general the requisite understanding is far below the level it should be. In my view this is due to the large turnover of staff, many of whom have never received any training.

With directors now being sent to prison and receiving seven-figure fines, surely they should have started taking notice by now

I understand that some tender documentation is put together by procurement and bidding teams who may not have in-depth knowledge, but surely these are reviewed by the project managers before being sent out?

Enquiries have revealed that the training courses for professionals including architects, project managers, building surveyors etc, have a very limited course content covering health and safety or CDM 2015, when surely these are important elements of the role.

Some disclosed that they missed out those elements as not being considered of much importance or were just payed lip service to by the course provider. Surely the course providers have a duty of care to ensure that the qualifications they are issuing are fit for purpose?

At Pellings we have created our own H&S and CDM elements to give our in-house APC candidates a better chance of demonstrating that they are becoming well-rounded candidates for the APC process. I understand that training comes low down on the list of priorities, but surely it is in an organisation’s interests to ensure that their staff are fit for purpose?

Another frustration is the lack of understanding of the new terminology brought in by the 2015 regulations. Everyone who has read the legislation or attended a training session should understand Pre-Construction Information (PCI) or Construction Phase Plans (CPP).

Assuming that professional people write, or at least review others tender documentation, why do we see references to “principal designers H&S plan”, “pre-construction H&S plan”, “pre-tender information packs”, “construction H&S plan”, “contractors site safety plan” etc? Even worse, we are regularly being asked to bid for outdated planning supervisor roles under the 1994 regulations or CDM co-ordinator roles under the 2007 Regs.

To date, we have carried out CDM audits on educational organisations, local authorities, housing associations and care home companies, all of which are multi-million-pound organisations with large estates on which there are ongoing maintenance, refurbishment and new construction programmes regularly taking place.

All these commissions were undertaken following the appointment of a new member of staff who was worried about their level of CDM compliance and the legal position it left them in as an individual, as well as the company.

A regular issue identified in these audits was that some organisations were reliant on being compliant with CDM 2015 by the actions of the appointed contractors and the clients were turning a blind eye, or at best paying lip service to the regulations. I suspect that this is more frequent than many organisations will admit to as they have a written CDM policy in place.

One of the main criticisms that prompted the change to CDM 2007 was the inactivity of the CDM co-ordinator. If this was rectified with their eradication and partial replacement by the principal designer (PD), then why have I received commissions lately where the previous PD was sacked for inactivity and incompetence?

As part of the review on taking over the project, it has become obvious that the client made no checks on the skills, knowledge, experience or training (SKET as competency is now termed) of the PD.

The recently published Hackitt review, following last year’s Grenfell tragedy, stressed the need for a set of “rigorous and demanding” duty holder roles aligned with those set out in the 2015 CDM regulations. I would argue only if there is a much greater understanding of those regulations.