Changes to bankruptcy proceedings: No credit where it's due 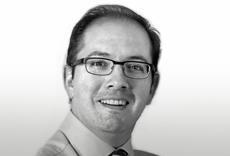 The Department of Business Innovation and Skills (BIS) is proposing to reform the process by which debtors and creditors petition for bankruptcy and winding up orders.

According to the BIS’ November 2011 consultation paper Reform of the Process to Apply for Bankruptcy and Compulsory Winding Up, the motivation for change is to streamline the routes for bankruptcy and insolvency, which in everyday language can be translated into cost cutting.

The main proposal is the removal of the courts from the majority of insolvency proceedings. Courts are already bursting at the seams and many bankruptcy and winding up petitions go undefended. Why involve the courts in what is a rubber-stamping exercise?

Although the goal of a streamlined approach to resolving debt issues is clearly beneficial to all, there are still aspects of the proposals which cause concern

The new procedure would see an applicant (whether debtor or creditor) completing an online form for electronic submission to an adjudicator, who would be an insolvency service employee, or civil servant to you and me. He or she would consider the application and make the bankruptcy/winding up order if appropriate.

In issuing a petition, court fees would be replaced by application fees, which it is suggested should be substantially less than the current fee structure, where the debtor petitions for its own insolvency/ bankruptcy, and is proposed could be paid in instalments.

But one of the recommendations is the imposition of a mandatory pre-action process. Such a process would require parties to engage in discussion to resolve the debt in an attempt to eliminate the need for a formal application. The debtor’s and creditor’s conduct would be considered if and when the matter progresses to either the adjudicator or eventually court, if the matter is disputed.

Finally, the consultation proposes the removal of the need to advertise the petition in the London Gazette, as is the rule.

Although the goal of a less costly, streamlined approach to resolving outstanding debt issues is clearly beneficial to all parties involved, there are nonetheless aspects of the proposals which cause concern.

First, according to the consultation’s executive summary, where a person applies for his own bankruptcy, “there is only one party’s interests to consider”. Such a statement clearly disregards the creditor, who has an interest even where the debt is undisputed. Further, while the consultation is clear that only undisputed petitions would be processed via the adjudicator, if a debtor is making its own application, how would the adjudicator have knowledge of any other creditors, save the one(s) indicated by the debtor at the time of its application?

Even with a creditor’s application, if the obligation to advertise winding up petitions in the gazette is removed as a mandatory element of the process, how is it expected that additional creditors will be notified?

For the construction industry, if a debtor’s ability to petition for its own bankruptcy/insolvency is streamlined and less expensive, the impact on creditor businesses could be substantial.

Changes to the laws of insolvency over the last 10 years have made insolvency easier. These further changes may put even more pressure on a construction industry already struggling with the downturn.

Of course, the proposals are just that at the moment. The consultation closed 31 January 2012, and as yet, no date for a response has been indicated by BIS. Nonetheless, businesses should anticipate the possibility that, given the economic climate, change is likely to be forthcoming. It is more important than ever for businesses to review their credit procedures, and ensure that they are not extending too much unsecured credit.

Businesses up and down the supply chain in the construction industry can try to ease debtor fears by engaging in their own “pre-action process” to attempt to resolve any potential payment problems before it is too late.

Joe Griffiths is a partner at Edwin Coe