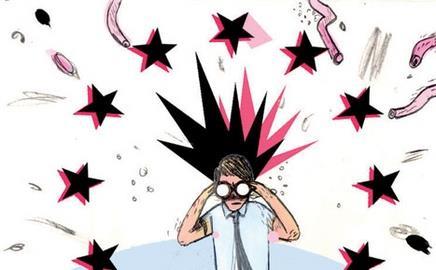 The EU Energy Performance of Buildings Directive hasn’t had much of an impact so far. So now the EU is rushing out a more ambitious successor …

Energy saving measures and the reduction of carbon emissions are at the top of the global agenda. At the March 2007 summit in Brussels, the EU’s member states endorsed an action plan that included a target to save 20% of the EU’s total primary energy consumption by 2020.

Buildings and the work of constructing them are responsible for almost half of all carbon emissions. Hence, the EU Energy Performance of Buildings Directive, an integral part of which are energy performance certificates. They are going to become a legal requirement when selling or renting property across the EU.

However, the implementation of the EPBD has turned out to be a practical challenge for most of the EU’s 27 members. Some of the new entrants in particular have been facing substantial problems, largely owing to their legacy of highly inefficient prefabricated building stock. Most of these countries are still making use of an additional three-year derogation and are unlikely to implement fully before 1 January 2009. In total, there have been more than 20 infringement cases and even a court case against one member state for failure to submit a methodology for the calculation of energy performance.

In short, the record so far has not been good. Despite this, Andris Piebalgs, the European energy commissioner, announced a proposal to beef up the EPBD. A revised – and much tougher – directive should be unveiled in November 2008.

So why the hurry, especially if not all member states have fully implemented the EPBD yet? Why not wait until we have a more conclusive assessment of the workings or non-workings of the current directive? The timetable the commission has set itself is certainly ambitious. But if the EU is to meet its 20% energy saving target, it has to be.

To ensure cost effectiveness, the commission is now carrying out an impact assessment for some of the measures it wants to introduce with the revised directive. These include a strengthening of the energy performance certificate – for example, making the recommendations on the certificate compulsory; setting common EU energy performance requirements (at the moment there are no harmonised requirements across the EU); and introducing financial support mechanisms.

The latter is particularly difficult for the commission as financial instruments, including potential tax relief for more energy-efficient properties, clearly lie in the domain of the individual member states and the commission has little room for manoeuvre here.

The public consultation closed on 20 June and the commission plans to publish the new directive as part of its next energy package in November. After that it is up to the European parliament and the European council – that is, the member states – to comment on the proposal.

Whereas the parliament is likely to support ambitious measures, the council is less likely to do so, which should make for an interesting debate. In any case, implementation of the revised directive into national law is not expected before 2012 or 2013.