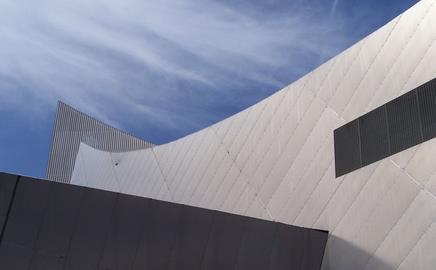 As with the banking industry, we’ve seen an age where architectural incompetence and buffoonery was rewarded over professionalism

In the rush to seem “au courant”, architectural journalists must share the blame for promoting the so-called starchitects who have left many clients with disastrous buildings that often failed to satisfy even basic programmatic requirements (13 March, page 38).

Daniel Libeskind is a case in point. His “bombastic” (as you rightly say) Imperial War Museum has been given the lowest possible energy rating. It was in effect a building practically designed to waste energy. And Libeskind’s two US museums (in Denver and Toronto) both underwent expensive interior makeovers in order to be able to display their collections. Evidently, Libeskind was not aware, or chose to ignore (among other things), that certain types of artwork cannot be exposed to direct sunlight. The Washington Post recently confirmed that Libeskind’s Royal Ontario Museum in Toronto, “may be the most perverse and disastrous museum expansion in living memory”.

Yet somehow the architectural press – people who should know better – lauded Libeskind’s museums as triumphs.

We know better now. Let’s hope a new age of common sense will creep into architectural journalism and that writers will exercise diligence in their reporting. The current trend merely to repeat the architect’s pretentious claims without journalistic investigation serves nobody well.