Energy efficiency is an industry in itself 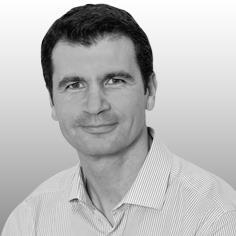 If you’ve picked up a paper or landed on the homepage of a news website over the past couple of months, the chances are you’ll have seen the latest on the energy bills green levies “scandal”, “furore” or whatever the latest term mainstream media are branding this element of the cost of living crisis.

There’s been a lot of good coverage, with stories featuring prominently in the consumer affairs, business and politics pages, in addition to sections on energy and the environment.

Yet sadly, much of the national reporting has been poorer in quality for failing to make the link between rising energy bills and the most obvious cure to reducing them - using less of the stuff in the first place. I was simply baffled by the number of stories which hailed Cameron’s £50 off energy bills by cutting green levies as some sort of victory for consumers – the reality being that it will offer only short-term relief for households living in a world of rising energy prices. However, what’s done is done, and we must move forwards and work with the reformed Energy Companies Obligation (ECO).

There was one thing that really struck me about the glut of media coverage on energy bills - the reference, or rather absence, of the term “energy efficiency” as an industry itself. Only a handful of stories referred to the potential job losses in the energy efficiency industry as a result of cuts to ECO.

There are problems with this. The industry is a relatively nascent one. In some ways it is rather fragmented, with a number of players from energy companies and social housing providers, to builders and product manufacturers all playing their part in delivering energy saving measures.

But none-the-less, it is the only industry that will help bring down our energy bills, whilst at the same time creating thousands of jobs and helping us to meet our carbon targets. If only government saw that? The simple truth is that if the chancellor recognised this industry alongside the oil industry, the shale gas industry, the nuclear industry, the renewables industry and so on, it would have been far less easy to bring the axe down on ECO.

Take, for example, nuclear power. George Osborne is more than happy to bank roll what he argues is an industry that is essential to the future of UK energy generation, but reluctant to subsidise one that reduces the need for that generation from the off.

We therefore need to define the energy efficiency industry, explain who is involved and help the public to understand more clearly what it does. And with the debate on energy and the need to reduce bills more mainstream than ever, now is the time.

In doing so we can create a collective and powerful voice, which, like that of the car industry, the food industry or the manufacturing industry, can speak directly to government to help bring down bills and create growth – for good.