Is our housebuilding future bright under Jenrick?

To call it a housing crisis is far from an overstatement. So, what’s going wrong, and can Robert Jenrick get it right? 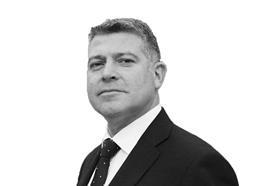 Robert Jenrick, the Secretary of State for Housing, Communities and Local Government, has taken the reins just as house building completions have reached their highest level in over a decade. Hitting a decade high is obviously good news, but is it enough? The answer to this question has to be a resounding no. This decade high is still almost 30% less than the 265,000 new homes the Ministry of Housing, Communities & Local Government (MHCLG) say we need to deliver each year to meet housing demand.

To put this into a longer-term context, over the past ten years, less than 60% of the homes we need have actually been built. Homes that underpin the health, happiness and economic prosperity of the nation. To call it a crisis is far from an overstatement.

In 2017, our new Secretary of State wrote an article for The Times in which he examined the housing shortage. He rightly identified the housing crisis as a supply-side problem, created by a dearth of financing for smaller housebuilders in the wake of the financial crisis and developers’ ‘leisurely’ delivery.

Tighter lending criteria has been an issue since the financial crisis – especially among SMEs. Members of the Federation of Master Builders (FMB) – the trade body representing SME contractors – regularly cite prohibitively high loan to value / cost ratios as a leading factor constraining their activity. But is it fair to blame our failure to deliver the homes we require on private developers’ lethargy?

A quick review of the government’s housebuilding statistics paints a revealing picture. We have to go back to 1978 to find the year in which housing completions last exceeded the 265,000 new homes delivery target. Back when local authorities had house building departments and directly delivered over 100,000 homes per annum. In 1978, local authorities directly built around 108,000 homes while private housebuilders constructed 149,000 units.

Fast forward to 2018 and it’s quite a different story. The private housebuilder contingent marginally increased provision to 155,000 units. Local authorities, in contrast, delivered just 4,000 homes out of a public sector total of 36,000 units – a massive 72% reduction in public sector housing provision relative to 1978.

Differences in delivery models mean this isn’t strictly a fair comparison. Delivery of social or affordable homes by private house builders, and private homes by housing associations, blurs the lines and presents a challenge for the statisticians. It’s quite possible that there’s a bit of misallocation. But this is at the margins and the overall message is clear – the big change between 1978 and 2018 is that the public sector is delivering far fewer homes and this is a problem.

The reasons for this are numerous and wide-ranging. Theresa May’s decision to lift the artificial cap on councils’ borrowing in October 2018 to enable them to step-up their housebuilding activity is a huge step in the right direction.

Mr. Jenrick has also previously suggested that private housing developers should be willing to sell the homes they deliver on ‘unwanted parcels of government land’ not only ‘at pace’ but also ‘at cost’.

Implicit within this is the sense that private house builders should not just be striving to make profit. That’s hard to argue with – but it’s worth remembering that making profit is something nearly all private sector organisations seek to do. It is essential for their survival. There can be few sectors other than housebuilding where healthy profitability is so vilified. It is always possible to identify examples of questionable behaviour, but we really shouldn’t forget the contribution the volume house builders make to unlocking economic growth by providing new homes; as well as through planning obligations and the Community Infrastructure Levy.

More recently, Mr Jenrick – as part of the House of Commons’ Committee of Public Accounts – has reviewed and identified inherent problems within the planning system. The crux of the problem is that local plans, upon which the localised planning system relies, are resource-intensive, technically complex and time consuming to produce, and local authority planning staff numbers are falling. Consequently, only 44% of local authorities had an up-to-date local plan in place at the end of 2018. Local plans set the strategy for meeting local housing demand, so this is a big problem.

There are reasons to be positive. Together, councils’ enhanced borrowing capability and increased institutional investment strengthen the housebuilding sector’s resilience to the demand cycle, but significant hurdles remain.

Mr Jenrick’s passion for increasing housing supply and solving the housing crisis gives us hope. If he can build on his work on the Committee of Public Accounts to enhance the effectiveness of the planning system and support local authorities in the development of local plans, in addition to bringing forward more public sector owned brownfield land for residential development, he could make a real difference.

Steven Mason is managing director for cost consultancy at Mace