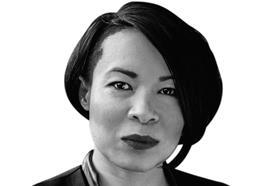 The UK has been a world leader in the development of BIM. It was the first country to introduce BIM-specific standards: the PAS 1192 series. Some of these standards have recently been superseded, with the PAS 1192 series being turned into an internationally agreed standard, the ISO 19650 series, following four years of development. Parts 1 (general) and 2 (design and construction stage) were released by the BSI at the beginning of this year.

How is this new standard to be applied? Lawyers are coming to grips with the terminology and processes of BIM, and they may find it takes time to get up to speed with this new detailed international standard. While ISO 19650 is based on and developed from the PAS 1192 series, there is a danger in assuming the series are identical. There are in fact some important differences in terminology, process requirements and legal liabilities. Moreover, with limited easy-to-read guidance available, awareness and understanding of PAS 1192 is far from widespread in the legal community.

Dr Anne Kemp, chair of the UK BIM Alliance, was conscious of the need for clear guidance and the risks of differing interpretations of ISO 19650‑1 and -2, and so the UK BIM Alliance, in conjunction with the Centre for Digital Built Britain and BSI, created a working group to prepare an ISO 19650 guidance framework. Members of the working group are providing their time on an unpaid basis and consist of leading experts in this area. They include David Churcher, author of ISO 19650‑1, and a number of members were also in the working group that prepared the BS EN ISO 19650 transitional guidance, PD 19650-0:2019. The author of ISO 19650‑2, Paul Shillcock, is a consultant to this guidance framework team.

The guidance framework will be published in two parts. The first, concise part was published as soon as possible to meet the immediate need of the industry, given that the standard may already be being incorporated into contracts

The guidance framework will be published in two parts. The first concise part was published as soon as possible to meet the immediate need of the industry to understand the standard, given that the standard may already be being incorporated into contracts. Consequently, it is high-level and explores the general requirements of the ISO 19650 series. For now, this Concepts Guidance Framework can be downloaded for free from the Centre for Digital Built Britain website (www.cdbb.cam.ac.uk).

Annex C specifically contains legal and contractual guidance, drafted by a sub-group that I lead jointly along with Simon Lewis of Womble Bond Dickinson and Andrew Croft of Beale & Co. Annex C is intended to provide immediate assistance to legal representatives and others tasked with preparing or reviewing contract documentation to enable them to understand the main actions required to comply with ISO 19650 while more comprehensive guidance is drafted. Conscious of the varying degrees of understanding of both information management processes and the contractual impacts, Annex C is written in an accessible, succinct manner to facilitate understanding and implementation. As with the rest of the Concepts Guidance Framework, however, Annex C does not provide detailed guidance or sample BIM documentation.

A detailed Process Guidance Framework is in the process of being prepared, with an estimated publication date of this summer. As part of this, the legal sub-group are preparing an ISO 19650-

compliant BIM protocol. While the CIC BIM Protocol 2nd Edition has been a crucial document in the BIM and information management journey to date, the differences between the PAS 1192 and ISO 19650 series mean significant updating is required (including to match ISO 19650 terminology). It is hoped the ISO 19650-compliant protocol, in conjunction with the rest of the guidance framework, will assist parties in as smooth an implementation of and compliance with ISO 19650 as possible.

For those procuring projects using the JCT contract series and also using BIM, these documents will be further assisted by the recently issued ISO 19650-compliant JCT Practice Note on BIM, prepared by a drafting team led by myself and also including Andrew Croft and Dr David-John Gibbs of HKA.

It is important to bear in mind that the guidance framework is not a substitute for the ISO 19650 standard. It must be read in conjunction with the ISO 19650 series. Specialist advice should be obtained for specific circumstances.

May Winfield and Paul Shillcock are preparing a white paper on ISO 19650, considering its legal understanding and application, aimed at the legal community and its clients. They are keen to obtain the views of lawyers and others involved in reviewing and preparing ISO 19650-compliant contracts. If you are open to being interviewed, please contact may.winfield@burohappold.com or paul@operam.co.uk.