Legal: What are indemnity clauses for? 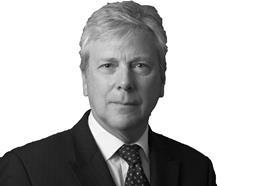 Buried away in the 100-plus pages of the new FIDIC forms published on 5 December 2017, in clause 17(4) of each of the Red, Yellow and Silver Books is wording that requires thought.

In the form in which it appears in the Yellow Book it provides that: “The contractor shall also indemnify and hold harmless the employer against all acts, errors and omissions by the contractor in carrying out the contractor’s design obligations that result in the works […]when completed, not being fit for the purpose for which they are intended under sub-clause 4.1”.

This is not particularly well drafted since the employer is presumably to be held harmless against the results of the errors not the errors themselves. On a casual glance the clause seems to say nothing new. It appears to say that the contractor must perform the contract work to the contract standard and bear the consequences of not doing so.

So, what are indemnity clauses for? What might they add?

Indemnities can be powerful mechanisms for the transfer of risk. Depending, as always, upon the exact wording, they can raise the stakes in at least three different ways:

First, they can extend the limitation period. Suppose, for example, that the employer is constructing the works under a development agreement with an ultimate client. If the indemnity clause in the contract between the employer and contractor is an indemnity that is what has been referred to as “a general indemnity”, as it may be, then the limitation period may not run against the employer until liability to the ultimate client has been established and ascertained. The perhaps startling result is that this could be at the end of dispute between the employer and the client.

If the contracts between the employer and the client and between the employer and the contractor are both made as deeds, the effective limitation period could be more than 24 years (12 years plus 12 years) from practical completion. By contrast, if the clause is an indemnity against liability then it may be that the cause of action will arise when liability is incurred, not when it is later ascertained. The distinction between the two types of indemnity may be opaque and clause 17(4) does not set out a clear description of the detriment (or results of the errors and so on) that it is intended to capture.

Increasing the amount of damages

Second, indemnity clauses may increase the amount of any damages awarded. The general law limits the damages recoverable for breach of contract, but a claim under an indemnity may extend to all the loss suffered and not just the more limited (generally contemplated) loss which is the normal measure of recovery for simple breach of contract claims. That may be part of the force and meaning of the words “hold harmless”.

Creating liability for events that are not breaches

In the case of clause 17(4) the risk appears to attach to “all acts, errors and omissions […] in carrying out the contractor’s design obligations ”. The risk is calibrated by a high standard namely “that result in the works […] when completed, not being fit for the purpose for which they are intended” so that the indemnity, taken on its own, may transfer the risk of any design omission to the contractor even where there is no breach of contract.

Clause 17(4) does not necessarily raise the stakes in this way so far as concerns the Yellow Book because the contractor’s design obligation under that form may be extensive in any event.

However, in many cases it may be prudent to consider amending clause 17(4) and/or associated obligations. This is particularly so because special rules, such as that an indemnity should be construed in favour of the indemnifier, are less cogent than formerly.

The courts are today more likely to consider that since an indemnity clause is simply a form of contractual risk allocation it should be given effect in the same way as any other contractual provision and not by any special preconceptions as to intended meaning. That is the approach taken by the Supreme Court to the indemnity clause in the case of Wood vs Capita Insurance Services Ltd decided in March 2017.

Usually a primary method by which the courts will construe contracts is by reference to the natural and ordinary meaning of the words used. Phrasing derived from long established drafting precedents such as “indemnify and hold harmless” and “against all acts, errors or omissions”  (which are substantially the same as the wording used in the 1963 edition of the building subcontract) may prove problematic when the draftsman’s original apparent intention in using the words is long forgotten.

Whether these considerations apply to any particular contract will depend of course upon the exact contents of that contract. This note draws attention to possible consequences of indemnity wording. In each particular case the question to be asked is: “If these clauses are necessary that must be because they add something, but what is it?”

Nicholas Baatz QC is a barrister at Atkin Chambers