Infrastructure investment is the key to achieving the government’s ambitious target of net zero emissions by 2050. It’s all about energy generation and transport 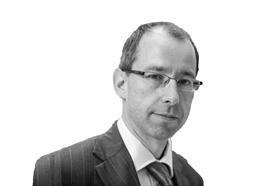 Shortly before the school summer holidays I chaired a gathering of 50 or so of the UK’s infrastructure leaders. We debated rail and energy, the challenge of delivering projects efficiently and the role of private finance – all the usual things. But the topic that dominated the conversation, permeated every theme and powerfully gripped the emotion of the room was net zero.

To become net zero in energy generation, we need to be bold on nuclear, recognising that wind, solar and batteries are unlikely to get us through even a globally warmed winter

It was a few weeks before the end of Theresa May’s government and many in the room were depressed that the Brexit debacle seemed to be crowding out almost everything positive. But stung into action by Extinction Rebellion, suddenly the government had proposed and parliament had overwhelmingly endorsed net zero, setting a target of net zero greenhouse gas emissions by 2050. We were the first country in the world to legally set such target. For me and those around the table at my infrastructure gathering, this was and is something to be proud of.

The government’s intention to ban sales of new petrol and diesel vehicles from 2040 is too distant to be meaningful. Moreover, it will be overtaken by market forces

What would it take to achieve net zero? I have seen many very complicated answers to that question. I prefer the perhaps simplistic but memorable solution set out in a recent article, Desperate Measures, in Delayed Gratification magazine. It says five steps is all it takes, each eliminating approximately one fifth of the UK’s annual CO2 emissions – which in 2017/18 were 5.51 tonnes per person (compared with the global average of 4.81 tonnes). These steps are:

I suspect you are now raising your eyebrows at the very thought that any of this, let alone all of it, is possible – or even desirable. But at least this list bounds the challenge neatly. And what struck me was that the two I consider most feasible are the two which are about infrastructure.

First, energy generation. A decade ago few believed renewables would by now provide a substantial contribution to the UK’s energy mix. But we have made tremendous progress, to the point where in May this year we broke another record by producing electricity for two continuous weeks without using coal, and the National Grid is forecasting that for the first time in centuries the majority of the UK’s electricity generation in 2019 will be from non-carbon-emitting sources.

But to finish the job and become net zero in energy generation, we need to be bold on nuclear, recognising that wind, solar and batteries are unlikely to get us through even a globally warmed winter. The decision in January by Hitachi to suspend development of what would have been the UK’s second new nuclear plant at Wylfa on Anglesey is a significant setback. The government continues to explore funding and procurement models to support more new nuclear power, but progress is glacial.

Second, electric vehicles. The government’s intention to ban sales of new petrol and diesel vehicles from 2040 is too distant to be meaningful. Moreover, it will be overtaken by market forces. In July, KPMG published a report, The Decarbonisation of Transport, predicting that the tipping point at which electric vehicle (EV) sales increase significantly will occur within the next two years, thanks to the falling cost, greater choice and increased range of new EVs.

Already the economics of EVs are compelling. Last week a London taxi driver told me his new electric taxi cost him £8 a day to run, compared to £30 a day for his previous diesel. The saving should offset the greater initial cost of the vehicle within two to three years.

But the surge in EV sales will be held back if we don’t get our act together on the charging infrastructure, at homes and destinations where more than 80% of charging is likely to take place.

I welcomed the government’s announcement in July to consult on requiring all new homes to have EV charging provision, but what about the existing housing stock?

And I know from my round table in July and many conversations since that the infrastructure community stands not just ready but enthusiastic to play its part in making net zero a reality. We want to pass to our children a healthier, sustainable planet, and we want to support the UK in showing global leadership on something that matters so very much.