The motivation for signing a letter of intent may be admirable, but the trouble they can cause should not be underestimated, as a recent case involving engineer VolkerFitzpatrick shows 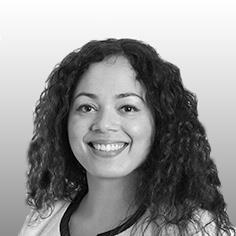 Most legal practitioners shudder at the thought of letters of intent and the potential they have to cause disputes. While there may be well intended practical reasons, such as mobilisation of a contractor and getting the project moving, often they are more trouble than they are worth – particularly when parties have gone to the effort of agreeing complex specifications and programmes and are actually very close to agreeing the amendments to a standard form or bespoke contract. As a basic starting point for disputes, parties often cannot decide whether the letter of intent is the contract, whether other terms have been incorporated, or whether all of that has been superseded by a standard form that may or may not have been signed. This seems to be a real shame when there are so many other salient and difficult problems that have to be managed during a live project.

At Trowers & Hamlins, we acted in a case that concerned a dispute over letters of intent between Diamond Build Ltd and Clapham Park Homes Ltd, and were engaged with that very question of whether the letter of intent was the fully formed contract or whether the parties had in fact made another agreement. Our position was that the letter of intent had formed a binding contract, while Diamond Build contended that it had been superseded by a JCT intermediate form of building contract 2005 edition.

VolkerFitzpatrick acted with good intentions but, as it turned out, on the wrong premise

When considering whether the letter of intent gave rise to a binding contract, Mr Justice Akenhead revisited the law on letters of intent and held that a simple contractual arrangement had been made between the parties. The serious consequence of this finding was that Diamond Build was prohibited from claiming more than the stipulated fee cap, which by that stage represented a substantial sum lost.

In the recent case of Twintec Limited vs VolkerFitzpatrick Limited, we were reminded that this problem has not gone away and is still the subject of technical legal argument. Here, Twintec had been engaged pursuant to a letter of intent and the parties were in the course of litigation and parallel adjudication proceedings.

Twintec, as the responding party, was not content to proceed on this basis and injunctive proceedings were commenced to restrain the adjudication. One of the grounds put forward was that the adjudicator had not been validly appointed due to VolkerFitzpatrick’s mistaken belief that the conditions of the DOM/2 standard form of contract had been incorporated into the letter of intent.

During the consideration of whether the adjudicator had been validly appointed and whether the injunction should be granted, Mr Justice Edwards-Stuart commented upon the similarity of the positions being taken to that of Diamond Build and Clapham Park Homes.

In many respects, this dispute was identical to what we had seen several years before with Diamond Build but introduced a new remedy for parties seeking to avoid an adjudication. The key difference was that, instead of trying to just circumvent a fee cap, Twintec successfully sought injunctive relief on the basis that the letter of intent was a freestanding contract and, by VolkerFitzpatrick following the adjudication procedure of the DOM/2 conditions, the adjudicator had not been validly appointed. VolkerFitzpatrick acted with good intentions but, as it turned out, on the wrong premise.

The court decided that the true meaning and effect of the letter of intent was that VolkerFitzpatrick had appointed the adjudicator following terms that were not agreed by the parties. This, of course, struck at the heart of the adjudicator’s jurisdiction and had the potential to stop the adjudication in its tracks.

Mr Justice Edwards-Stuart surmised that any decision that might be reached by the adjudicator would be a nullity.

As such, there was no point in VolkerFitzpatrick continuing with the adjudication and it conceded that it should focus efforts on the litigation in hand.

So once more, the letter of intent has trumped a standard form that the parties intended to execute but for reasons of administration had not managed to sort out. The lesson to take away is that the trouble that can be caused by the humble letter of intent should not be underestimated. As we know, it can prevent significant financial recovery, and a disregard for it can mean you have compromised your adjudication at the outset, despite any good intentions.

Theresa Mohammed is a senior associate at Trowers & Hamlins