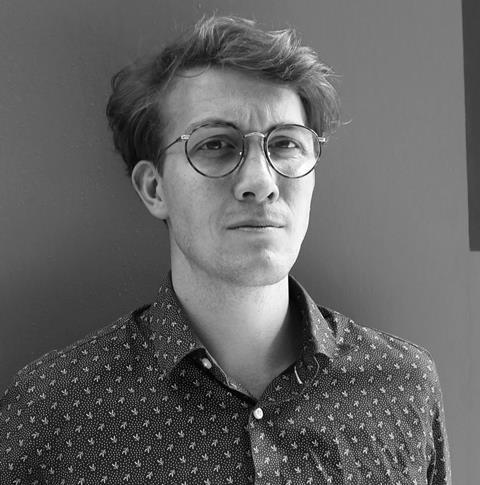 There are always new things to learn. I think perhaps a decade ago I would have got a different response when I said to my firm: “Can I go and do a data science degree?” I originally started at Atkins after coming out of university with a civil engineering degree. I developed an interest in smart cities, data science and future cities, and the company funded me to do another degree at the Bartlett Centre for Advanced Spatial Analysis at University College London.

I can see the industry moving in a direction that’s really gratifying. We started talking about digital technology in a big way a couple of years ago; and, looking at change in the built environment sector in the last five years, we’ve really seen the sector start to adapt to technology. Take the commercial market: we’ve seen people such as serviced office provider WeWork disrupt the model by using technology to affect how people rent workspaces. In the same way, the construction industry is experiencing a digital transformation on a scale we haven’t seen before.

There’s a lack of access to information in the construction industry. As a whole, it struggles to say sometimes how many projects were late, how many projects were over budget. Technology can make planning more predictive. So some of my research was looking at how you can take really early-stage design decisions and use generative models to measure the impact of them on complex systems.

You can bring endless value from information. If you change the requirements of your tender for a construction design to focus more on the information you receive, as opposed to just the design, you’re going to achieve a massive increase in value further down the supply chain. So that covers BIM, but also the efficiency in how information gets shared between clients.

Our society is having an interesting discussion about what data we want people to access. When you talk about smart cities, you have to link that back to discussions about trust. The fundamental thing that allows a city to be smart is trust – whether that’s with data, trusting an algorithm to route you to work in a way that you previously wouldn’t have, or trusting you’ll get a better deal for your energy as a citizen if you use a smart grid and meter system.

You can use data to make life better for people. What may begin  as a search for a more optimised, more efficient business outcome can actually be used to make a better outcome for the people of that area. I worked on an early-stage planning scheme for a London train station. We used open data, aggregated by a group called Open Geodemographics, that builds different profile types for groups of people who live in London. We found there were a large number of young graduates living in the area. The profile characterised them as likely to be out late, with a peak closer to 11pm or midnight coming into the station. We changed the lighting strategy of the main concourses and eliminated a couple of slightly jagged spaces where there could be people lurking – we wanted to make people feel safer.

Find out as much about a place as you can. Just looking at some open data and demographics led to design decisions to make the station a better place for users. It seems the sort of intuitive thing you would always use in design, but having that extra layer of data and information to challenge our design teams and make them think more innovatively led to a better outcome.

Transport for London’s (TfL)decision to make data open led to the creation of Citymapper – revolutionising city travel for many. TfL said it was going to open up all its train times information, and that anybody who wanted to use it to deliver public good could do so. Citymapper came along and made its journey mapping app. They’ve now gathered this wealth of data, and begun suggesting things like new bus lines. I think it’s not what TfL expected, but that’s an example of being smart in the city – it shows how open access to data and a bit of entrepreneurial spirit can lead to better outcomes for citizens.

Airports are like small cities, and aviation is a huge growth industry. The number of flights in the world is expected to double over the next 20 years. The International Air Transport Association is looking at a future where more processes can be taken “off-airport” through technology, as online check-ins have been. All the work goes into making your passenger experience better too. Your luggage could be picked up at your hotel and placed in a baggage movement slot that put it outside the peak demand from a lot of aircraft landing at once, which would mean they could reduce the size of their baggage hall by 15%. When you spread that to a massive scale, it’s better for the passenger, who doesn’t have to lug bags around, and it’s better for the airport because it can manage its peaks and optimise its infrastructure.