Picking up the tab – the importance of commissioning

Why do most standard form contracts fail to describe commissioning as an activity that defines completion? 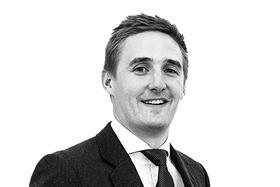 Buildings are designed to meet the needs of the people who use them by creating a productive environment. So, why do construction contracts focus heavily on the construction process, with little or no emphasis on the future use of the building?

The commissioning process in the UK can validate a building’s usability, functionality, environmental comfort and performance criteria. Some say that commissioning validates the future needs of the building. If so, why do most standard form contracts fail to describe commissioning as an activity that defines completion?

When a project fails to deliver on either of these points the expense can be significant. A further 30% of the construction costs can be lost due to insufficient preparation at handover.

The definition of completion has always beenan ambiguous one

The added expense often makes the headlines when a building fails to perform to its required function. In February 2019, an outage at a British Airways’ data centre cost a reported £58m, affecting 75,000 passengers.

It is not just when systems fail that a project can become expensive. A study of 643 buildings carried out by the Lawrence Berkeley National Laboratory in the US recorded a quarter of buildings had reduced their energy consumption by 30% following retrospective commissioning activities. On average, energy consumption was reduced by 16%.

Historically, the definition of completion has been an ambiguous one. Completion is often determined by an architect (acting as the contract administrator) and whether, in their “opinion”, the building is fit to be “occupied or used”.

Consider a contract administrator, commonly an architect, who is certifying completion based on the building being fit for occupation and free from defects. Is it correct for the architect to consider commissioning a “minor snagging” item and not a defect?

Theoretically, this standard approach is sound, until something goes wrong. More common on industrial projects, the FIDIC standard form contract goes beyond the static completion of the building to include a provision for “tests on completion”.

Sounds like a good idea, so why are “tests on completion” provisions generally only considered in industrial projects and not in commercial building contracts? Too onerous, maybe.

With increasing energy costs and the reliance on systems such as internet connectivity, it makes more sense to focus a completions provision on the building systems and not just the bricks and mortar.