Planning reforms: A mishmash of philosophies that does not seem to fit

Robert Jenrick will have to reconcile this deregulatory approach with the beauty commission’s agenda, says Joey Gardiner

Given the rapidly moving coronavirus situation, last Thursday’s announcement by housing secretary Robert Jenrick of a raft of planning reforms seems a lifetime away, and it remains to be seen what, if any, impact the ructions caused by the disease will have on the government’s policymaking efforts. 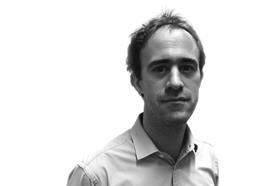 The announcement was a strange mix of measures. Billed unhelpfully in the Budget the day before as a rethink of planning from first principles, in the event it was, of course, nothing of the sort.

It combined sensible tweaks to operational details, re-animations of “zombie” policy proposals, and a spoonful of the “beauty” agenda – all topped with a smattering of more radical ideas.

The expansion of PD to cover demolition and upward extensions has been mooted under every housing secretary since 2015 but has fallen foul of widespread opposition, not just from planners and councils, but from some quality developers nervous of being undercut by those with lower standards.

It is no surprise these ideas are in again

Both systems reduce the role of often-capricious politicians in deciding individual applications, and with Jack Airey, former head of housing at Policy Exchange, advising No 10, it is no surprise these ideas are in again.

The document, however, made no attempt to reconcile the glaring contradiction between this essentially deregulatory agenda, and the recommendations of the beauty commission – which stressed placemaking and was highly critical of PD. Somehow, bringing these two opposing philosophies together will be Jenrick’s task for the white paper.