What if one party tries to initiate alternative dispute resolution and the other doesn’t want to know? Elizabeth Repper writes on some interesting points from a recent case and on how to structure mediation 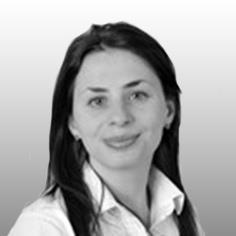 It has long been established that a successful party can be deprived of all or part of its costs if it is shown that in all the circumstances of the case it unreasonably refused to agree to alternative dispute resolution
(ADR) (Halsey vs Milton Keynes General NHS Trust).

This point was recently considered by the Court of Appeal in PGF II SA vs OMFS Company 1.

The important points that arise out of the decision are these:

So, if mediation is agreed, how should parties approach it?

The first question is always when to mediate. As to this, there are a number of statements from the Court of Appeal about mediating early, including in Bradford vs James where it was said: “An attempt at mediation should be made right at the beginning of the dispute and certainly well before things turn nasty and become expensive. By the time neighbours get to court it is often too late for court-based ADR and mediation schemes to have much impact. Litigation hardens attitudes. Costs become an additional aggravating issue.”

Secondly, there is the question of what should be done by way of preparation.

Certainly, a different approach to litigation is required because:

In preparing for the mediation, as stated in The Jackson ADR Handbook, “the lawyers acting for each party should ensure that a full risk assessment is carried out in relation to the client’s case”.

This should include assessing merits, costs to date and costs to trial. Parties should work out the win and lose scenarios, as well as the reasons motivating them to continue and/or stop the litigation.

Parties would be wise also to internally draft out their “ideal deal”, which contains each and every settlement term necessary and required. The dangers of not drafting in advance are underlined by the cases of AB vs CD Ltd and Newbury vs Sun Microsystems, both of which concerned disputes about whether parties had entered into binding settlement agreements.

In both cases, one party wanted to add extra terms to the settlement, but the other party successfully argued that it was too late as the agreement had already been concluded.

The Jackson ADR Handbook contains guidance about documents for the mediation. A mediation bundle can - and usually should - be presented differently to a trial bundle. Certain documents ought to be included, for example offers. Mediation does, however, allow a dynamic approach. For example, in a construction case involving a number of items, position papers can contain tables grouping items by issue or value and cross referencing items to packs of documents that support or attack them.

Before the mediation day serious consideration should be given to having a pre-meeting - perhaps by telephone - to deal with matters which, if not resolved, will eat up part of the mediation day. The mediation agreement, attendees and authority ought all to be agreed in advance.

Elizabeth Repper is a barrister and mediator at Keating Chambers