A study for TeCSA revealed an appetite for change in the pre-action protocol for construction and engineering disputes. That change came into effect towards the end of last year 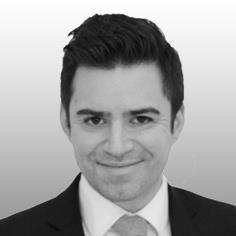 Perhaps it is not quite “liberty, equality, fraternity”, but a revolution has nonetheless taken place in the aims and objectives of the pre-action protocol for construction and engineering disputes. The original protocol was introduced in October 2000. It was designed to encourage frank and early exchange of information about a claim and any defence to it in an effort to avoid litigation, agree a settlement before proceedings or, if a claim could not be avoided, to support efficient management of the claim.

One of the key causes of this particular revolution lies in a report commissioned for the Technology and Construction Solicitors’ Association (TeCSA) on the perceived value of the protocol. The report sought the opinions of contractors, consultants, specialist subcontractors, and employers, as well as lawyers and firms (those parties most likely to actually use the protocol) to gain an insight into its effectiveness in disputes. One of the objectives of the study was to see if it would be helpful to make any changes: 56% of responding construction clients thought the protocol should be amended in some way. Approximately half of all respondents agreed. Ultimately, this resulted in the second edition of the pre-action protocol for construction and engineering disputes, which came into force on 15 November 2016.

The revised protocol shows a clear change in emphasis. The amendments broadly address the concern that the protocol created work, to be duplicated if proceedings were issued, resulting in increased cost and time. The main changes to address this include:

The long-term impact of the new protocol’s effect on the dynamics of the pre-litigation process, will only be felt in the months and years ahead. While there is unlikely to be a mass of people flooding out into the streets, that’s not to say the less demanding nature of the protocol together with the prospect of savings on pre-action time and money won’t result in a few shouts of “vive la réforme!”