Stop navel-gazing and look up 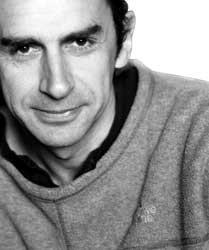 We are so focused on our own disciplines that we fail to see there’s a bigger universe out there. What’s more, this universe is a lot more connected than we think

In these dark days, why doesn’t the world of building take its cue from 2009’s International Year of Astronomy? It’s 400 years since Galileo first turned his telescope on the heavens. Soon after, he spotted four little spots of light orbiting the planet Jupiter, a heavenly body that wasn’t the Earth, and for the first time mankind had conclusive proof that we weren’t the most important thing in the universe after all.

In the building professions we’ve managed to convince ourselves that the centre of our universe is the great planet Architecture and that most of us are on separate little moons that orbit rather helplessly in its gravitational grip.

There are problems with separateness. Sometimes on my computer everything slows down because all my files have been split into lots of little pieces for “management” reasons. But this can be fixed – I click a button called “defragmenter” that joins them back up again. Like magic the system flourishes.

I mention this because I think we need a bit of defragmentation in the building industry. I am heartily sick of being reminded that there are 36 (or is it 38?) engineering institutions in this country, all of which are beavering away in their own little worlds while looking at a microcosm of the universe through the wrong end of their telescopes. Not to mention the RIBA, which I am told sometimes allows its disciples to believe that they actually are the centre of the universe. Each of these fragments preaches from the vocabulary of commodity (more units, more standards, more commissions … anything as long as it’s more and we control it).

I am heartily sick of being reminded there are 36 (or is it 38?) engineering institutions in this country, all of which are beavering away in their own little worlds

I think this is bonkers so I’d like to suggest a construct in which these lumbering beasts are put out of their misery and replaced by five. I’d perhaps call them societies (to fight for humanity and evolution) rather than institutions (which imply ossification and defined boundaries).

My five societies would be called Need, Briefing, Conception, Testing and Judgment. They would be aimed squarely at projects, and roundly at developing our brains. In my mind all five are common to any building project, whether it be a school, a stadium, an office or a bridge. I could go further and suggest that these five societies would be of benefit to anyone on any project at all – fashion, shoes, jet engines, handbags, books, films, even social policy – I’ve seen public policy gurus struggling when it comes to the question of anything beyond need.

These five societies form a set. All five are needed because all projects follow pretty much the same thought process – take one out and the rest burn, as hope often does in the flame of experience.

We have some rather compelling evidence for this. Every year I run a design summer school with my partner, Ed McCann, attended by talented designers from every walk of design life, from Nike to Rolls-Royce to Pixar and the Body Shop, as well as the likes of Buro Happold and Hopkins. It’s pretty clear from these gatherings that everyone there is using the same thought process, but often they discover that their fragmentary expertise in one discipline gets in the way of finding a good, cross-denominational response to a given need.

Of course, we’d have to change the university system too. Gone would be the teeming departments of this or that speciality

The Society of Need would cover us, society at large, and the planet as a system. The Society of Briefing would be a child of the Society of Need and would put the world’s needs into an understandable form, which would look at societal value rather than just shareholder profits, lowest cost or client egotism.

Then we come to the three linked bodies that together make up “design”: the societies of Conception, Testing and Judgment. These replace contemporary things like maths, codes, systems, form and function, although they would include useful bits of those.

Of course, we’d have to change the university system too. Gone would be the teeming departments of this or that, to be replaced by five centres of excellence for Need, Briefing, Conception, Testing and Judgment. Everyone would study all five subjects at first. I would really love to hear a first-principles conversation between a professor of Need, a professor of Judgment, and today’s global industry heavyweights burdened, as some surely are in these times, with rather a lot of baggage.

So that’s it. When you are in the gutter, look at the stars. Try to understand the bigger universe, and don’t pretend you are at the centre. Of course, you probably remember that Galileo was tried and convicted of heresy by the institutions of his day, but who had the last laugh?

Chris WiseEngineer Chris Wise co-founded Expedition in 1999, after a successful career with Arup during which he became their youngest director. Expedition has a trail-blazing ethos and runs as part of the Useful Simple Trust, an employee-benefit trust without human shareholders, which Chris chairs. Either as design lead or with many of the world’s leading architects including Rogers, Foster, Hopkins and Renzo Piano, his is the guiding hand on the engineering of many projects including the 2012 Olympic Velodrome; American Air Museum, Duxford; Barcelona Bullring; London Millennium Bridge; Barcelona Communications Tower; Channel 4 HQ, London, Las Arenas Barcelona. His approach to projects was captured by Richard Rogers, who said said “Chris thinks like an artist and acts like an engineer”. In 2009, under Chris’ leadership, Expedition won the IStructE’s Supreme Award for the Infinity Bridge over the River Tees, and in 2011 won the Supreme Award again for the Velodrome. In academia, he has been design professor first at Imperial College, London, where he co-founded the Constructionarium, then Yale, and since September 2012, at UCL, London. He served for nine years as a trustee for the Design Council. He was master (president) of the RSA’s Royal Designers from 2007 to 2009, a position once held by Barnes Wallis. He is a fellow of the Royal Academy of Engineering, and of the Institution of Civil Engineers, and an Honorary Fellow of the RIBA. In October 2012 he was awarded an unprecedented double, winning Gold Medals for his outstanding contribution to the engineering profession from both the IStructE and the ICE.