When neighbouring properties might be about to obtain rights to light, developers may need to act quickly to protect their site’s potential. Light obstruction notices offer a practical means to achieve this and avoid costly disputes further along the road. 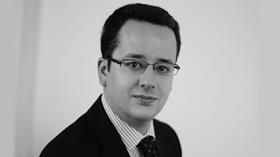 The topic of rights to light has never been a particularly popular one among my clients, not least because the law in this field is equally impenetrable to all who encounter it, be they developers of large new buildings or neighbouring landowners worried about being plunged into darkness. For developers, the mere threat of an injunction has the potential to a turn a dream, perhaps several years in the making, into a nightmare. So when presented with an opportunity to avoid a rights to light claim altogether, a developer should grab that chance with both hands. This is where the Rights of Light Act 1959 comes into its own.

Perhaps the most common way for windows in a building to acquire rights to light is through prescription, which means through enjoyment of the light for an unbroken period of 20 years. Any interruption to the 20-year period must last for a year to “reset the prescription clock”, so in reality, a right to light will inevitably be established after 19 years and a day. So, how can a developer of vacant land prevent this happening?

How to block a right to light

One low-tech option to prevent a right to light being acquired would be to put up a scaffold on the development land and hang an opaque tarpaulin from it for a year, in order to block the light (subject to planning permission, of course).

While this may sound absurd, there was a real threat of this becoming common, until the Rights of Light Act was passed in 1959. Twenty years after the start of the Second World War, many sites remained in ruins following the Blitz and the government was concerned that rights to light would be acquired over the bomb sites, causing regeneration projects to be injuncted. In addition, no one wanted temporary light-blocking solutions using opaque structures to become common. The answer was to create a way to block the light from a strictly legal perspective, and thus the light obstruction notice (LON) was born.

Presented with an opportunity to avoid a rights to light claim altogether, a developer should grab that chance

LONs have the effect of notionally blocking light passing over one property to another for the period of one year. They can be defined to be of a particular height, although in most cases a party seeking such a notice will require it to be of infinite height. Provided that the LON is not successfully challenged, then the prescription clock will effectively be reset to zero, one year after registration.

An LON is a form of local land charge, and as such must be registered with the local authority. However, a certificate to enable a landowner to do this must first be obtained by applying to the Upper Tribunal (Lands Chamber) and paying a fee of £1,320.  Among other things, the application must give details of the land benefiting from the LON and the land to be subjected to it in the form of a coloured plan.

It goes without saying that an LON will be effective only if the party subjected to it does not already have a right to light over the applicant’s land. Due diligence must therefore be performed to check this, so that objections are not raised that prevent an application for an LON from proceeding.

Provided that the affected neighbours do not have a right to light, the LON applicant must also ensure that a right will not arise during the application process, which may take a number of months. The closer one gets to the 19 years and a day deadline, the more urgent this will be. In a particularly urgent scenario, an emergency procedure can be invoked to register an LON on a temporary basis, pending completion of the normal process.

There will be plenty of cases where rights already exist and an LON cannot be used. The registration process is not entirely straightforward and the tribunal fee is high, but in the right circumstances investing in registration can pay significant dividends.

Building’s series on the legal considerations of constructing skyscrapers: