Thailand: Not all smiles

Infrastructure projects are thriving in Thailand but how easy it is for UK firms to do business there? 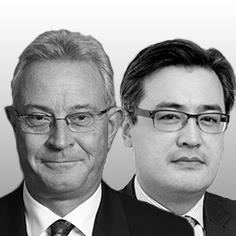 Whatever is thrown at Thailand, it still seems to bounce back. The Tom Yum Gung crisis (otherwise known as the Asian Financial Crisis) is a distant memory. The flooding which inundated industrial estates seriously dented confidence in 2011, but Thailand chugs on at its own pace.

Yingluck Shinawatra’s government recently announced a major investment plan to upgrade the venerable State Railways of Thailand by pumping Baht 2 trillion (GBP40 billion) into Thailand’s decrepit rail network. The plan includes a new high-speed rail network linking Thailand to a new Malaysian system which runs through Laos and China. Regionally, such investment is long overdue and must be in part influenced by China as well as the liberalization of Myanmar (Burma). Thai construction companies are cutting through vast swathes of jungle to connect Bangkok with a $50 billion industrial hub and port at Dawei on the Burmese coast, thus circumventing the chokehold of trade through the Straits of Malacca.

Clearly there are opportunities in Thailand, but while grand infrastructure projects are flourishing in Thailand, how easy is it for UK construction companies to carry out business there?

The World Bank Group 2013 Ease of Doing Business puts Thailand 18 overall out of 185 countries, and it ranks 16, globally, on the ease of dealing with construction permits. Compare this figure with the regional average of 71, or its neighbour Malaysia which ranks at 96, and it would seem to be a model of deregulation. However, this rosy outlook is somewhat tempered by the fact that the 2012 Transparency International Corruptions Perception Index ranks Thailand at 88, equal with Zambia and below China at 80.

While the investment environment may seem attractive, some thought should be given to what happens when the project goes sour

Foreign investment is largely regulated by the Foreign Business Act which determines which sectors are open to investors, and the current government has shown no inclination to make any major changes to the business landscape. Indeed, it may even be said to be pro-business having recently slashed the corporation tax rate from 30% to 20%.

While the investment environment may seem attractive, some thought should be given by potential investors to what happens when the project goes sour.

Litigation may often be the only available option for pursuing a claim against a Thai party. Arbitration is consensual, whilst foreign litigation will be meaningless as foreign judgments are unenforceable in Thailand.

Historically, the Thai courts have suffered internationally from the problem of being inefficient. The courts have improved but the perception of uncertainty and lack of expertise in some courts may be an unacceptable business risk.

The alternative is arbitration.

In 2002, the Thai Arbitration Act was revised and incorporated most aspects of the UNCITRAL Model Law. Thailand is also a party to the New York Convention and the enforcement of foreign awards is relatively straightforward.

Although a solid legal framework exists, it is not always respected by end-users. Arbitration in particular has fallen out of favour with the Thai government following a series of unfavourable awards against various government entities. One high profile example resulted in the impounding of the Thai Crown Prince’s jet by German authorities, which was only released on the provision of a bond in respect of an unpaid arbitration award. Any government contract with a private entity requires prior cabinet approval if arbitration is chosen as the method of dispute resolution.

Whilst there are opportunities for investment in Thailand, foreign operators should proceed with caution. Dispute resolution procedures are available, but large question marks remain over their effectiveness and perhaps the only real way to achieve a level playing field is to opt to arbitrate in a neighbouring neutral New York Convention country, such as Singapore.

Despite the legal uncertainties, good opportunities exist and Thailand will become increasingly important in the near future, as the crossroads of ASEAN (as its second largest economy) and as providing a window on Burma, through which the exciting developments in that country can be viewed.