The GLA is prioritising gas-fired CHP

Why has the GLA not approved a scheme which uses renewables to reduce the predicted emissions by 40%? Surely reducing energy requirements should be paramount? 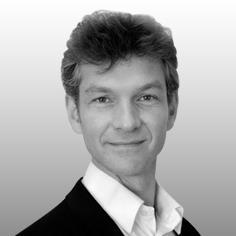 The Greater London Authority planning department has to be commended. With the first London Plan, renewable energy technologies were required on all referable schemes; there was an outcry that this was costly, difficult and impractical.

A few years later and applicants are relatively content that renewables will be required and that using them can lead to better environmental ratings and increased kudos.

Consultants are coming up with increasingly innovative hybrid solutions – so why has the GLA recently not approved a scheme which uses renewables to reduce the predicted emissions by 40%?

A large, mixed-use development (one I’m working on so better not say where) is going to be built over the next decade or so. The design team modelled and designed the buildings to be very low energy – some 26% improvement over Part L. Indeed, the biggest energy requirement is for domestic hot water.

The team modelled lots of scenarios - from gas-fired Combined Heat and Power (CHP) plants through to fuel cells - and devised a strategy which abated the most carbon dioxide. Fossil-free energy from the sun would provide hot water in the summer with solar thermal panels; air source heat pumps would provide a backup when the air temperature was warm enough; and gas-fired boilers would only be needed when it was really cold.

While there is no district heating system locally, the scheme is designed to connect to one so boilers can be removed.

How did the GLA respond? It lauded the applicant’s carbon-cutting aspirations but noted that the London Plan prioritises CHP networks that allow future connection into larger, low carbon district heating networks above the generation of renewable energy.

Rather than embracing renewable energy technologies, the GLA wants to ignore free solar energy in favour of gas-fired CHP. Surely reducing the energy requirements and the need for imported fuel should be paramount? Apparently not.