The one with two buckets 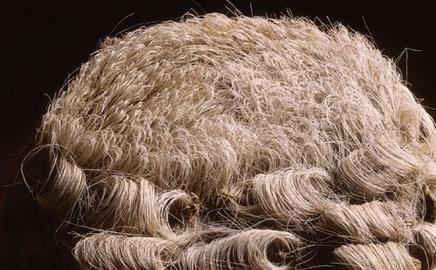 State your case Is a settlement deal subject to adjudication? Mr Justice Jackson’s answer will stick in the memory. He says it depends on what’s in your bucket.

Students of adjudication won’t need much help remembering the details of McConnell Dowell Constructors vs National Grid Gas (NGG). Just as John Doyle vs Laing Management (Scotland) is the one with the torpedo, so this case will live in the memory thanks to Mr Justice Jackson’s reference to two buckets.

On 12 December 2002, the parties settled their dispute. This settlement was recorded in a supplemental contract that drew a line under matters at the date of the agreement, recorded the money then due McConnell Dowell for the works it had carried out and revised the date for their completion. McConnell Dowell proceeded to finish the works.

On completion, a further dispute arose as to McConnell Dowell’s entitlement to payment. The dispute involved an examination of what works had been carried out before and after the supplemental agreement and what sum was due the contractor for work done after the agreement was made on 12 December 2002. McConnell Dowell referred that dispute to adjudication.

The question as to whether a dispute arising out of a settlement agreement is capable of adjudication has come before the court on a number of occasions, with different outcomes.

In this case, Mr Justice Jackson thought the relationship between the first and second agreement was crucial. Was the second agreement a standalone deal or did it operate as a variation of the initial contract?

Bucket one contained the claims settled by the supplemental agreement. The claims that were not settled were in bucket two

McConnell Dowell also provides an example of a situation where execution of summary judgment, enforcing an adjudicator’s decision, will be stayed.

Although McConnell Dowell was an Australian company, when it entered into the contract with NGG, it had an office in the UK. However, by the time of the summary judgment hearing, that office had been closed.

The change is vital as the court will look to see if there has been a material difference in the nature and status of the claimant between the date of the contract and the hearing of the application for summary judgment.

There was much force in NGG’s argument that if it was successful in overturning the adjudicator’s decision at a later date, it would be much more time-consuming and expensive than being able to enforce the judgment against McConnell Dowell in England.

However, on the basis that McConnell Dowell had offered NGG security against which to enforce any subsequent judgment, NGG’s application for a stay was refused.

Mr Justice Jackson decided the adjudicator’s decision must be promptly enforced, even if NGG apparently had good prospects of recovering the money later.

For more, go to www.building.co.uk/legaltoolkit