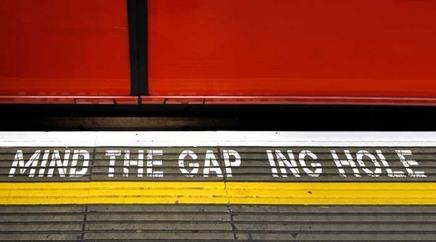 A £1.75bn chasm has emerged between what Transport for London is willing to pay to upgrade the Northern line and what Tube Lines is willing to do the work for. Could this be the end of the line for the tube PPP?

The problem with the tube has always been the gap. Up until now it was easily overcome with a longer-than-usual step. No longer. The gap Transport for London is staring into is the £1.75bn difference between its cost estimate for further upgrade work, and the estimate of private sector consortium Tube Lines.

The divide does not look bridgeable. Tube Lines, a consortium led by Bechtel and Ferrovial, started its 30-year PPP contract in 2003, at the same time as Metronet began its contracts. Although it has avoided Metronet’s fate (see box), the deal to maintain and upgrade the Jubilee, Northern and Piccadilly lines has not gone well.

The first seven-and-a-half years of the contract were primarily focused on upgrading the Jubilee line and this has been a nightmare. The work is not expected to be completed until autumn this year, which would make it 10 months late, and even that is not certain. According to Tube Lines, the delay is not its fault. Rather, it says, it is the result of an unnecessary signalling system demanded by TfL.

Tube Lines claimed £327m from TfL in additional costs, TfL denied that it was liable, and the dispute went to an adjudicator. Last week Chris Bolt, the QC who is acting as an independent arbiter, threw the claim out “in its entirety”, saying that Tube Lines’ argument was “labyrinthine, artificial and unconvincing”. The decision means the cost of delayed work on the Jubilee line will now have to be covered by the Spanish and American contractors. A Tube Lines spokesperson said it was taking legal advice and may pursue the matter in the courts. The spokesperson played down the significance of the adjudication: “Claims are a common feature on all major projects and our objective is always to resolve them by agreement, but unfortunately formal dispute resolution is required from time to time.”

TfL responded more strongly: “If £327m is no big deal, then maybe they can lower their price to £4bn for the further work.”

The “further work” referred to is the next seven-and-a-half years of the contract, during which the priority will be upgrading the notorious Northern line. This is where the gap in price estimates has occurred. Tube Lines originally suggested that the price should be £6.8bn, which it then reduced to £5.75bn. TfL suggested £4bn. Bolt stepped in with a suggested price of £4.4bn on 17 December last year. Tube Lines was not impressed. Dean Finch, its chief executive, made a memorably bleak understatement: “A settlement at this level is not conducive to private sector involvement in the Underground.”

He was also unhappy that Bolt seemed to have taken into consideration Tube Lines’ £327m claim, which he seemed to take to indicate that it would be seeking to claw back money through the courts.

Now Tube Lines is trying to figure out whether it can do the job for £4.4bn and, more importantly, whether there is any profit to be made at that price. Meanwhile, TfL faces its own funding shortfall of £400m. Tube Lines has predictably suggested that the tax payer will receive better value if the shortfall is made up from the public purse, rather than expensive private sector credit. But with that kind of financial lubrication expected to be crossed off the government’s shopping list after May (whoever wins the election), TfL is unlikely to have much success when it approaches the chancellor. And Bolt wants assurance from TfL that it can pay or “it will need to review the scope of its requirements”.

So, work may be scaled back (possibly losing that expensive signalling system, if Tube Lines gets its way). But others are predicting a bleaker future. One TfL source said that if Tube Lines cannot provide “value for money” by 6 April, the date set by Bolt, TfL will start talking to Tube Lines’ shareholders about ending the deal.

A well-placed source in the civils industry was equally pessimistic: “You’ve got to question whether it’s worth going on at that price. If not, there are ways for the PPP contract to come to an end, and if you ask me, that’s exactly what is going to happen.

The tube is simply not conducive to private sector involvement.

“Tube Lines will walk away.”

The other tube ppp…

Metronet (a consortium set up by Atkins, Balfour Beatty, Bombardier, EDF Energy and Thames Water) won a PPP deal to maintain and upgrade nine tube lines in 2003. But it suffered setbacks and delays, and in 2006 it was strongly criticised by Chris Bolt, the PPP arbiter, over its performance. By July 2007 the company was in administration and in May 2008 it was taken over by Transport for London. A National Audit Office report last year estimated that the failure cost £410m in taxes and put the blame for the collapse on Metronet.