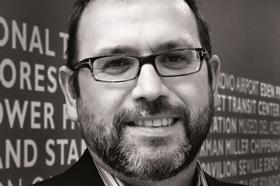 I first saw Eero Saarinen’s Gateway Arch in 1999 through the window of my plane, coming in to land at St Louis Airport. This was the first of many trips I made to the city whilst designing our first completed project in the USA - the Donald Danforth Plant Science Center.

The stainless steel, flattened catenary arch centres the city and sits majestically on the banks of the Mississippi River. I was immediately impressed by its simplicity and remember being overawed by the scale of ambition and sheer size of it, even from my seat on the plane. Yet on the ground, to stand at the base of one of its legs and gaze upward, tracing a parabolic line along the arch is truly inspiring.

My favourite story of how the arch came to be is that both Eero and his father Eliel entered the competition. A curtain divided their studio so they could not see what the other was doing.

When the winner was announced the committee phoned the studio to congratulate Mr Saarinen, but the secretary wrongly assumed it was the elder who had been successful and told Eliel first. I can only imagine that a very awkward family dinner must have followed that night.

If the Gateway Arch is a fitting memorial then the Princess Diana Memorial Fountain is the opposite. The water feature, it seems inaccurate to call it a fountain, is an oval paddling pool in Hyde Park.

Designed to reflect the Princess’ openness and love of children, it is intended to allow children or families to play barefoot in its artificial babbling brook. It is as unimpressive to see as it is impractical in use.

The “fountain” closed a month after completion because people were slipping and injuring themselves on its surface. In addition to this, the grass into which the memorial was placed became a muddy swamp within hours of use and had to be replaced by a utilitarian concrete skirt reminiscent of a 1960’s municipal outdoor swimming pool.

Mark Middleton is a managing partner at Grimshaw

The Gateway Arch sits at the centre of the Jefferson National Expansion Memorial in St. Louis, Missouri. It is the tallest man-made monument in the USA, standing at 192m. It was designed by Finnish-American architect Eero Saarinen and German-American structural engineer Hannskarl Bandel in 1947. Work began in 1963, and it was opened to the public in 1967. 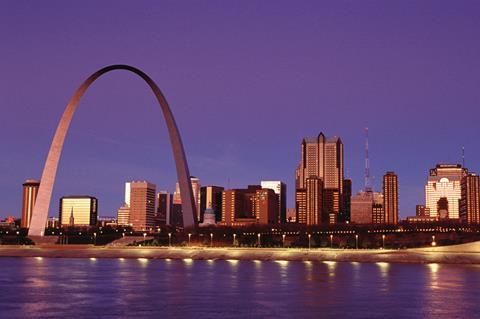 The Princess Diana memorial fountain was designed by American artist and landscape architect Kathryn Gustafson. The memorial opened in 2004. It contains 545 pieces of Cornish granite shaped by computer-controlled machinery and pieced together using traditional craftsmanship. 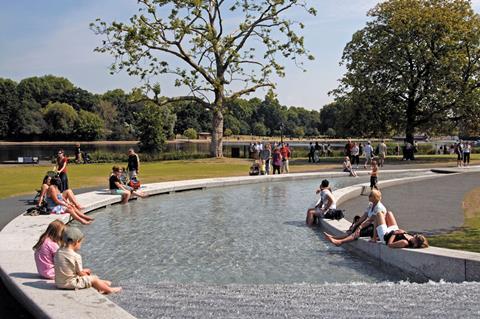