Fancy £25 to spend in John Lewis? Just name the six projects in this picture for your chance to win …

This photo montage is made up of six construction/refurbishment projects. Can you work out what they are? Clues below … 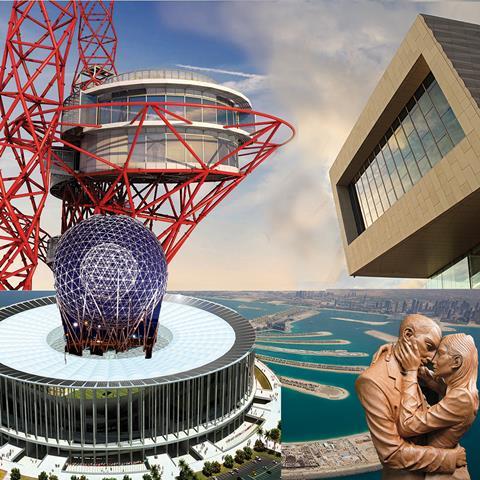 3XN and Buro Happold’s building opened in 2011 and was the subject of a legal battle in 2012
It’s likely to be seen by London commuters and holiday makers
The total area of this development is larger than 800 football pitches
The eyes of the world will be upon it next June
Designed by Wolfgang Buttress, this structure incorporates 2,421 steel tubes
This was widely criticised and once described as “the Eiffel Tower after a nuclear attack”.

Submit your answers to building@ubm.com. The competition will close at noon on Friday 28 June and all entries with the most correct answers will go into a prize draw for a £25 John Lewis voucher.

This competition has now closed.